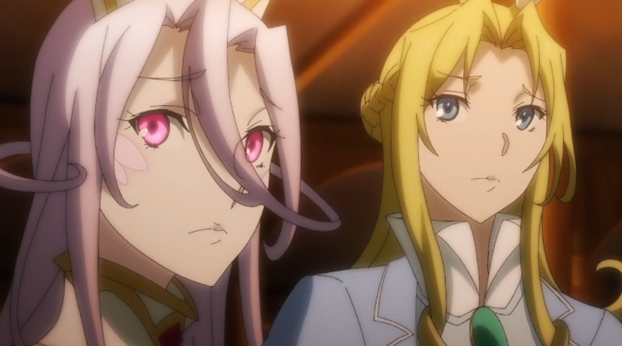 A new Monster Girl Doctor Season 1 Blu-ray is on its way early next year, and fans will be thrilled to hear it also includes an English dub soundtrack.

The Monster Girl Doctor Blu-ray is being released by Sentai Filmworks on March 22nd, 2022, and is available for pre-order now.

Included on the Blu-ray is:

Sentai describes the story of Monster Girl Doctor like this:

Dr. Glenn Litbeit might seem like a typical human doctor, but his specialty is treating monsters, which can be a bit tricky at times. Fortunately, Sapphee, his beautiful lamia assistant, is always there to help out, and together they’re slowly paying down the enormous expenses that come with setting up a multi-species clinic. (You wouldn’t expect harpies, Cyclopes, and dragons to all use the same hypodermic needles, would you?.

Where things get complicated is that Sapphee has become more than a little sweet on her human doctor, yet a large percentage of Dr. Glenn’s patient list consists of attractive monster girls who all have their own intentions concerning the handsome physician. Romantic tastes and appetites come in all shapes and sizes, and the territorial disputes can be downright terrifying when Dr. Glenn plies his medical trade as the Monster Girl Doctor.

Monster Girl Doctor (aka Monster Musume no Oishasan in Japan) was directed by Yoshiaki Iwasaki (We Never Learn!: Bokuben), with Hideki Shirane handling series composition, and character design by Hiromi Kato (Tsuki to Laika to Nosferatu).