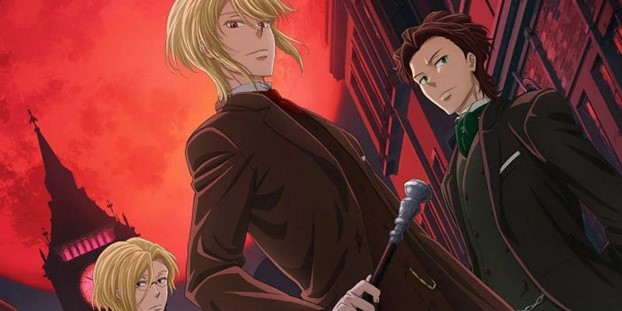 Based on the Ryōsuke Takeuchi and Hikaru Miyoshi manga series (and, of course, Sherlock Holmes), Moriarty the Patriot (aka Yukoku no Moriarty) was one of the most popular anime series in the last year, with fans praising its well-written spin on a familiar story, artwork and animation and, of course, the voice actors.

Those same fans will then be thrilled with today’s news of an upcoming two-episode Moriarty the Patriot OVA that will feature an original story that has not been told in the manga series.

No details yet on the story, but if it is anything like the first two seasons of the anime series, it is sure to be superb.

The upcoming Moriarty the Patriot OVA will be released next year, with an advanced screening event to be held at Tokyo’s Nakano Sun Plaza on March 5th, 2022.

If you are in Japan or plan on being there, you will find an entry form for tickets for the event in the anime’s eighth Blu-ray/DVD release coming out on October 27th. 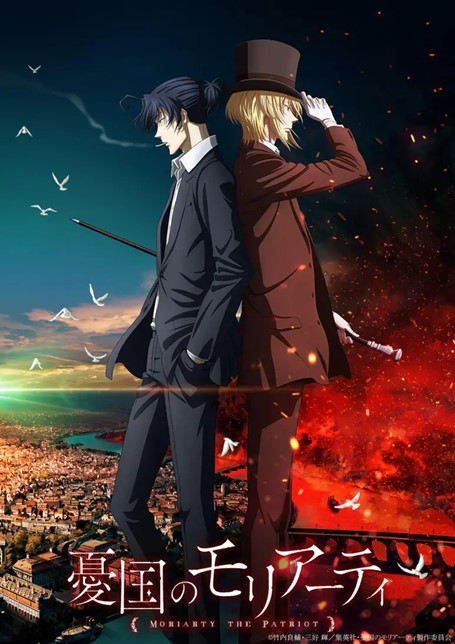 The 24-episode first season of Moriarty the Patriot was released last October, and was thankfully one of those anime that gets a second season quickly, as that arrived just a few months later in April 2021.

Both seasons were streamed on Funimation. Fingers crossed the Moriarty the Patriot OVA will release there too.

Kazuya Nomura (Run with the Wind) was the anime series’ director, with Taku Kishimoto (Haikyuu!) in charge of scripts and Tooru Ookubo (Tokimeki Restaurant: Miracle 6) as both chief animation director and character designer.

Viz Media publishes the English language version of the Moriarty the Patriot manga series, and has this to say about the plot:

In the late 19th century, Great Britain rules over a quarter of the world. Nobles sit in their fancy homes in comfort and luxury, while the working class slaves away at their jobs. When young Albert James Moriarty’s upper-class family adopts two lower-class orphans, the cruelty the boys experience at his family’s hands cements Albert’s hatred of the nobility he was born into. He asks the older of the two boys—who has a genius mind and a killer instinct—to help him rid the world of evil, starting with Albert’s own family!