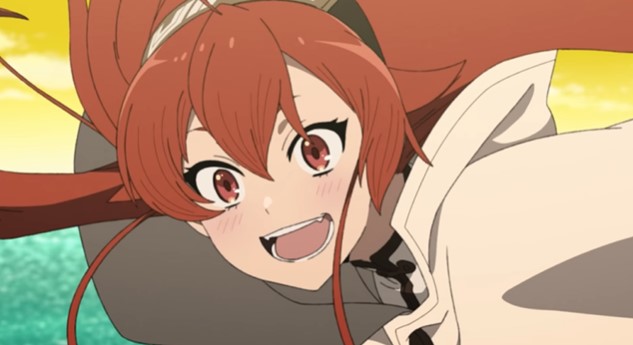 A minute-long Mushoku Tensei: Jobless Reincarnation Part 2 trailer has been released today showing our favorite pervert, Rudy, along with Eris and Ruijerd in a city on the Demon Continent boarding a ship and heading off on a high seas adventure in an attempt to get home.

The trailer also shows Rudy’s beloved teacher Roxy who, unbeknownst to Rudy is herself arriving on the Demon Continent to find him.

The Mushoku Tensei: Jobless Reincarnation Part 2 trailer promises an excellent continuation of the superb isekai story with the wonderful characters millions of us have already grown to love.

A continuation we have been waiting for since March, as the promised July premiere of Part 2 was later delayed until October.

Funimation streamed the first part of Mushoku Tensei, and is likely to be streaming Part 2 as well. (Watch the trailer below after the promo…)

Just in case you missed the first part of one of the best isekai anime series of recent years, an anime My Anime List users gave one of the highest scores of this year, I am now here to tell you — watch it!

And, of course, watch the just released Mushoku Tensei: Jobless Reincarnation Part 2 trailer below. We’ve been waiting quite a while for that.