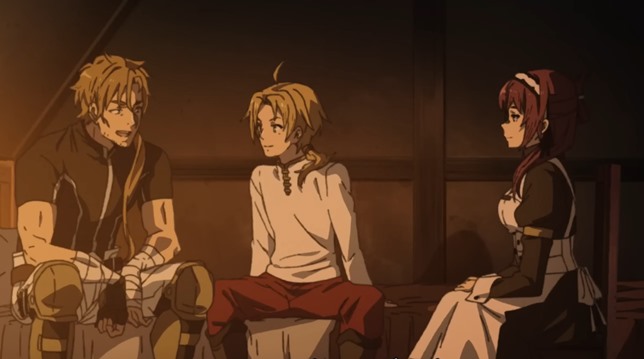 Although we do not have a huge amount of information about the upcoming fantasy drama anime Mushoku Tensei: Jobless Reincarnation Season 2, we do know protagonist Rudeus is a fair bit older than he was in the original season.

That older Rudeus became a little more real today as a new Mushoku Tensei: Jobless Reincarnation Season 2 key visual was released showing the reincarnated NEET with longer hair and quite a bit older and more mature.


He also appears quite sad as, wearing the Ranoa Magic Academy uniform, he walks past his now-white-haired childhood friend, Sylphiette, who is seen in the shadows behind him. 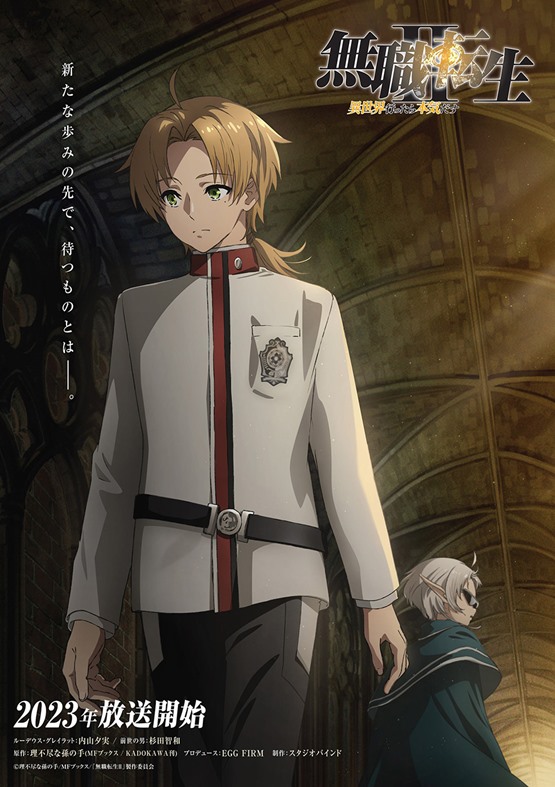 Not much else has been released about Mushoku Tensei: Jobless Reincarnation Season 2 as yet, except that it will have a 2023 premiere, and that Studio Bind is back in charge of animation.

The Mushoku Tensei: Jobless Reincarnationanime (akaMushoku Tensei: Isekai Ittara Honki Dasu in Japan) is based on the light novel series written by by Rifujin na Magonote and illustrated by Shirotaka.

The novels are being published in English by Seven Seas Entertainment with 19 volumes out at the moment, and the early digital copy of the 20th volume due to be published on December 22nd.

Enjoy the older Rudeus in the just-released Mushoku Tensei: Jobless Reincarnation Season 2 key visual above, and watch the anime’s previously-released trailer below to see what we can expect when the second season eventually appears.

We will keep you updated as soon as more information about Season 2 comes out.