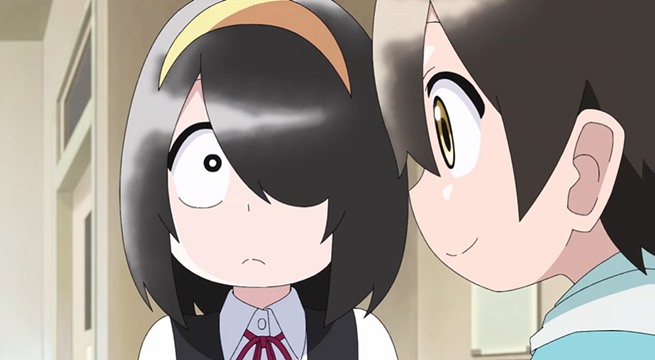 The video shows Takada, an upbeat, happy elementary school student, who suddenly discovers that, while a girl in his class called Nishimura is being bullied, he just thinks she is incredibly cool.


And that not only makes him jealous, but also makes him want to learn a lot more about her.

Soon, Takada and Nishimura are fast friends and, for the first time in her life, Nishimura is able to enjoy the school life she always wanted.

The My Clueless First Friend anime is being directed by Shiegenori Kageyama (Himawari! ), with series composition by Takafumi Hoshikawa (Candy Boy: Nonchalant Talk of the Certain Twin Sisters in Daily Life) and Shogo Yasukawa (A Certain Scientific Railgun T), and character design by Chikashi Kadekaru (For Whom The Alchemist Exists).

Studio Signpost is in charge of anime production.

There are currently 12 volumes of the manga out in Japanese, with the first two volumes due out on March 7th, 2023 via Square Enix Manga.

Watch the first My Clueless First Friend trailer below, and notice just how cute these two look together.