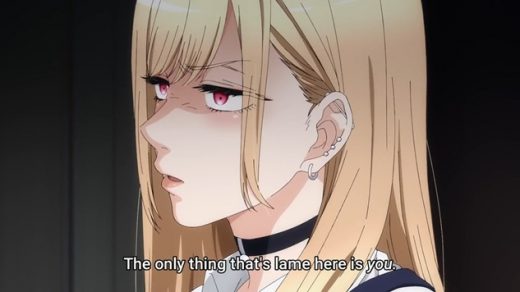 Well, here is some manga news I am not remotely surprised about… the My Dress-Up Darling manga has sold more than 1 million copies since the anime series premiered early last month.

In an Aniplex press release this week, the company that produces the anime adaptation of the now-massively successful manga announced, not only had the My Dress-Up Darling manga sold more than 1 million copies in a month, but those sales had bumped the total sales for the manga up to 4.5 million.

The My Dress-Up Darling manga (aka そのは恋をする or Sono Bisuku Dōru wa Koi o Suru in Japan) is written and illustrated by mangaka Shinichi Fukuda.

There have been 8 volumes of the manga released in Japan so far, with 6 of them available in English translation and, with the easiest way to grab them in the U.S. via Amazon or Barnes & Noble.

And yes, I rushed out to buy Volume 1 myself right after I watched the first episode of the anime adaptation.

As for the My Dress-Up Darling anime series, in my opinion it is one of the Top 5 released in Winter, 2022 — funny, sweet, heart-warming, beautifully animated and drawn, and with two main characters you instantly love the minute they arrive on screen.

Here are my thoughts on My Dress-Up Darling in just the last few weeks:

Review: Why My Dress-Up Darling is easily at the top of my Winter 2022 anime picks after just the first episode

And, if you haven’t yet started to watch the anime adaptation of Shinichi Fukuda‘s superb manga series, you can do that now via Crunchyroll.

Something I recommend more than almost anything out this year because, as far as romantic comedy anime go, it would be difficult to create something better than this.