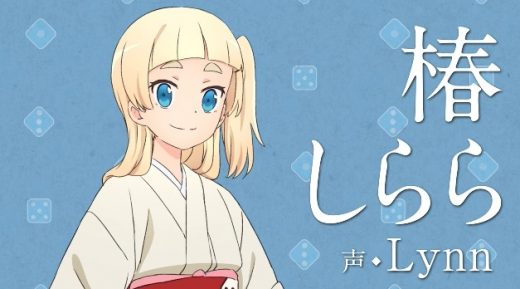 It appears the production committee for the upcoming My Master Has No Tail anime is making a massive effort to promote the supernatural anime this week.

After all, the third character video for the show in just three days has just been released this afternoon and, yep, she’s another cutie pie.


Today’s release is My Master Has No Tail‘s Shirara Tsubaki character video, which showcases the extremely hyper blonde-haired teen.

A teen who may seem a little crazy, bossy and shrill but who, deep down, has a heart of gold and is pretty darned sweet.

Shirara, by the way, is played by Lynn whose voice is also introduced in the video.

If you are a big anime fan like most of us, you will be familiar with some of Lynn’s most recent work — as the voice of Maya Satou in Classroom of the Elite, and Ayano Yuugiri in Engage Kiss.

My Master Has No Tail is being directed by Hideyo Yamamoto, with Liden Films in charge of anime production.

It is based on the manga series by TNSK, which is currently being published in English by Kodansha.

The anime premieres in Japan on September 30th, and features a whole slew of cute and funny girls like Shirara.

Watch the just released Shirara Tsubaki character video below, and you will soon be looking forward to the supernatural comedy series as much as I am.

RELATED: The new Bunko Daikokutei character video features a woman who has it all together