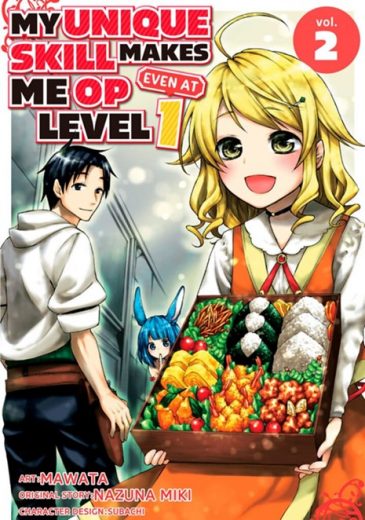 The My Unique Skill Makes Me OP Even at Level 1 light novel series is getting a TV anime.

The light novel series by Nazuna Miki and Mawata currently has eight volumes out in Japan, with its ninth one due to be published next Monday.


The English version of My Unique Skill Makes Me OP Even at Level 1 in both manga and light novel form is currently being published by Kodansha Comics, with seven volumes out so far.

Kodansha has this to say about the story:

Ryota Sato gets the surprise of his life when he’s suddenly transported into another world and nearly clobbered at the hands of the young, pretty adventurer Emily Brown. This new world revolves around defeating monsters and profiting on whatever they drop—food, money, items, etc.

Unfortunately for Ryota, he has no skills to speak of…until he learns he has the ability to get rare drops! Suddenly his luck turns around…or does it?

If you enjoy a good isekai anime, the first three volumes of the manga that I have read tell me this one should be a good one.

No word yet on who is directing the My Unique Skill Makes Me OP Even at Level 1 anime series, or who will be in charge of animation production.

We will let you know when we find out.