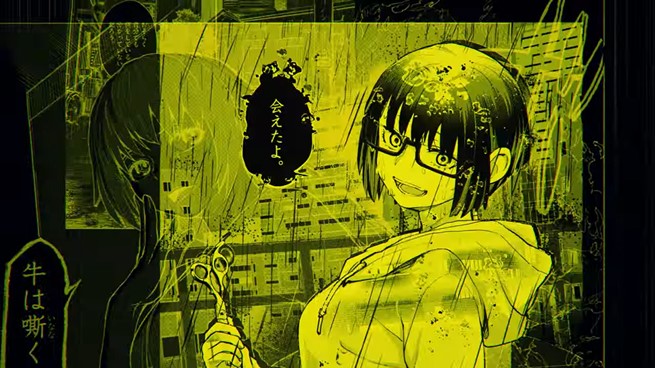 The popular supernatural manga series Mysteries, Maidens and Mysterious Disappearances by Nujima is getting an anime adaptation.

The anime got a teaser trailer and a visual earlier today that briefly foreshadows what you can expect when the anime premieres via creepy frames from the manga.


That means lots of spooky urban legends, old wives’ tales and strange happenings come to life, and all investigated by bookshop sales assistant and aspiring author Sumireko Ogawa, along with her mysterious and far-too-young-looking-for-his-knowledge co-worker Ren Adashino.

Ren’s sister Oto Adashino also gets in on the act.

The manga also manages to mix occult stories, an undercurrent of romance and, oh yep, ecchi in a weird but highly satisfying way.

Mysteries, Maidens and Mysterious Disappearances (akaKaii to Otome to Kamikakushi  or 怪異と乙女と神隠し in Japanese) currently has four volumes out in Japanese, with the fifth due out in Japan tomorrow.

An English language version of the manga has not yet been licensed but, with the Mysteries, Maidens and Mysterious Disappearances anime series now on its way, hopefully that may change.

The manga itself was given a boost when mangaka and illustrator Akihito Tsukushi (Made in Abyss) recommended it to fans in 2021.

The director, staff and cast of the upcoming Mysteries, Maidens and Mysterious Disappearances anime have not yet been named, nor has the production schedule and premiere date.

We will keep you posted when they have been, as this one sounds like a winner.

Until then, watch the Mysteries, Maidens and Mysterious Disappearances teaser trailer below and, if you enjoy a good occult story, as someone who has read the non-licensed version of the manga, I can attest to how much fun this one has turned out to be.