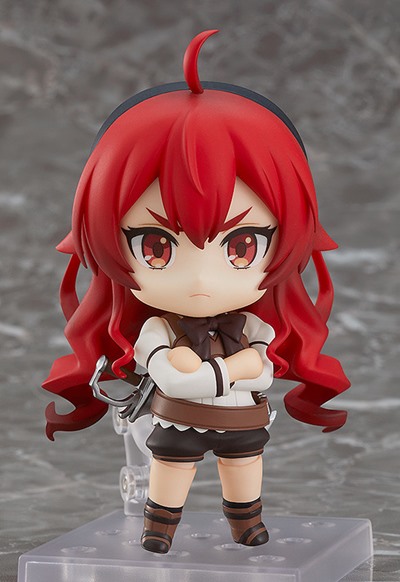 Nendoroid Eris Boreas Greyrat may try to look fierce but, man, is her collectible figure cute!

The Nendoroid Eris Boreas Greyrat is currently available for pre-order at Good Smile Company and, if you are a fan of the new fantasy anime series Mushoku Tensei: Jobless Reincarnation, you really should consider adding this cute girl to your collection.

Especially because Rudeus’ older cousin comes with various features that will allow you to pose her as authentically as her anime self.

Like most Nendoroid figures, this adorable collectible figure comes with three face plates — a standard expression, a smiling expression and one where she is blushing. (She looks so serious, you have to laugh!)

Eris Boreas Greyrat also comes with different arm parts so that you can also pose her with her arms crossed.

Her short sword also allows you to pose her as if she is fighting in one of her many combat scenes. The included plastic stand will enable you to pose her in a number of poses.

The Nendoroid figure is around 100 mm in height, and is partially hand-painted. That means, while each figure looks similar, each one is actually unique.

Pre-orders for this new adorable figure are now available, but they end soon. 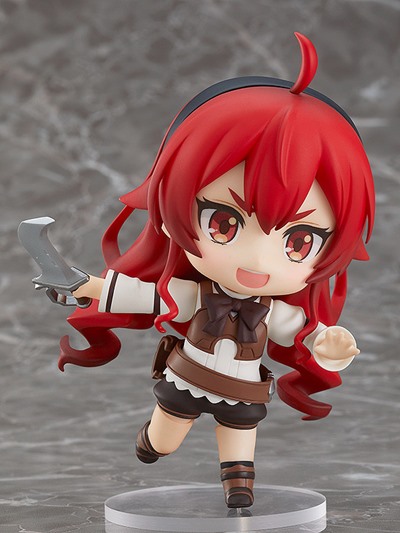 If you are anywhere except Canada and the U.S, you can pre-order from the Japanese Good Smile Company, and can do so until Thursday, 15th April 2021 at 12:00 JST.

The figure itself is expected to ship in November.

Watch the Mushoku Tensei: Jobless Reincarnation trailer below, and watch the series on Hulu.

There is information about other equally adorable Nendoroid figures available for pre-order here.