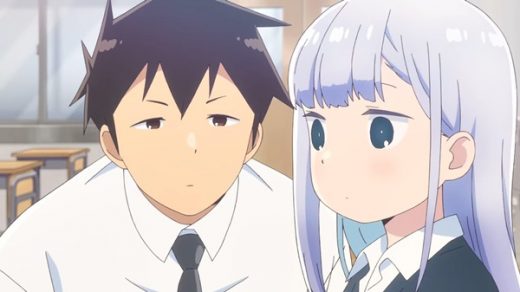 Oh I cannot wait for the romantic comedy Aharen-san wa Hakarenai to start, because the anime looks like it is just the type of show to push all my buttons.

Come on, a cute girl with an utterly adorable voice (played by the fabulous Inori Minase), a sweet guy, a pretty art style and a heckuva lot of laughs.


But, my excitement for the upcoming anime series became even bigger after the second Aharen Is Indecipherable promotional video was released today.

Because the new Aharen-san wa Hakarenai PV is so funny it actually made me belly laugh. More than once.

If the anime is like that then, hell we are definitely onto a winner.

Rika Nagae (WATATEN!: an Angel Flew Down to Me) who plays Raidō’s sister

Directing the anime is Tomoe Makino (Woodpecker Detective’s Office), with Takao Yoshioka (I’m Standing on 1,000,000 Lives) in charge of scripts, and Yuuko Yahiro (KAGUYA-SAMA: Love is War) designing the characters.

Felix Film (Nekopara) is in charge of animation production.

Watch the new Aharen-san wa Hakarenai promotional video, but don’t be drinking anything when you do as it might come down your nose!