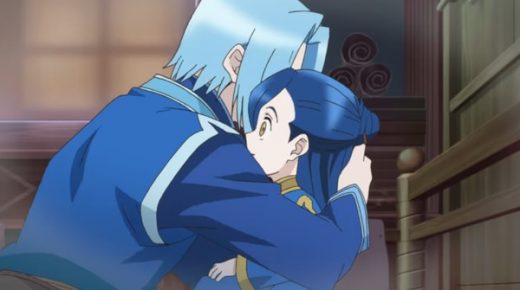 A new Ascendance of a Bookworm Season 3 trailer has just been released in anticipation of the premiere of the popular isekai anime in April.

The trailer gives a hint of some of the events that will occur in the upcoming season, with Ferdinand, Benno, Lutz and Turi shown to be heavily involved in the happenings along with, of course, protagonist Myne.


The new Ascendance of a Bookworm Season 3 trailer also features the show’s pretty opening theme song —  ‘Ano Hi no Kotoba’ (aka ‘The Words of That Day‘) sung by Nao Touyama (Rin in Laid-Back Camp).

Ascendance of a Bookworm is based on the light novel series written by Miya Kazuki and illustrated by Yu Shiina.

The anime is directed by Mitsuru Hongo, with Mariko Kunisawa in charge of script composition and Yoshiaki Yanagida as character designer.

It tells the story of bookworm Motosu Urano who dies in an accident in a library, and is reborn as Myne, a frail little girl who is the daughter of a poor soldier.

As Myne becomes adjusted to her new life, she realizes books are only available to those who are extremely wealthy, so she decides to learn how to create them herself.

Watch the just released Ascendance of a Bookworm Season 3 trailer, and look forward to the new season as this makes it look exciting.

Season 3 of the popular fantasy isekai anime will premiere on April 11th.