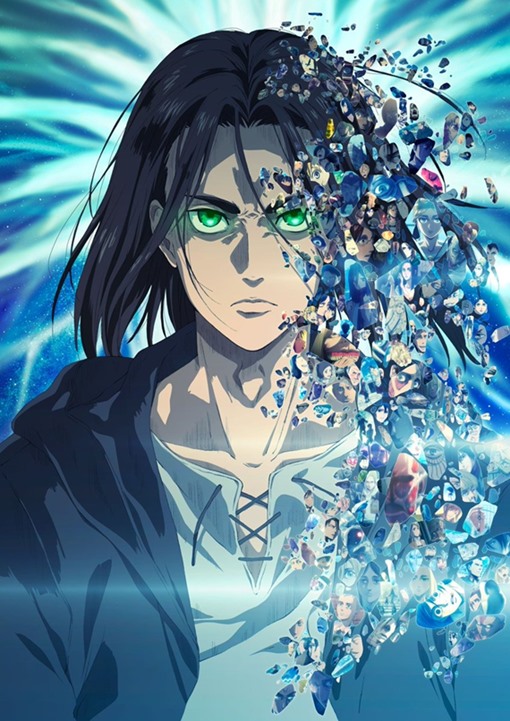 A new Attack on Titan Final Season Part 2 key visual was released on the show’s official Twitter account today, just to get fans excited for the upcoming last few episodes of this amazing anime series.

The absolutely gorgeous Attack on Titan key visual shows Eren Jaeger, the show’s main character, surrounded by the incredible energy that just floods off him as he now possesses the power of three Titans.

The visual also shows glimpses of the many people Eren has come across or been involved with during his years-long fight to defeat the Titans.

The latest Attack on Titan Final Season Part 2 key visual is one of the most powerful released for the show so far.

Attack on Titan Final Season Part 2 will premiere in Japan on Sunday, January 9th, 2022. It will stream in the west soon afterwards.

And, if you haven’t caught up on your viewing of the popular anime yet, you have a couple of months to watch Part 1 before Attack on Titan Final Season Part 2 launches. Chop chop.

Just Watch can show you where it’s streaming in your area of the world.