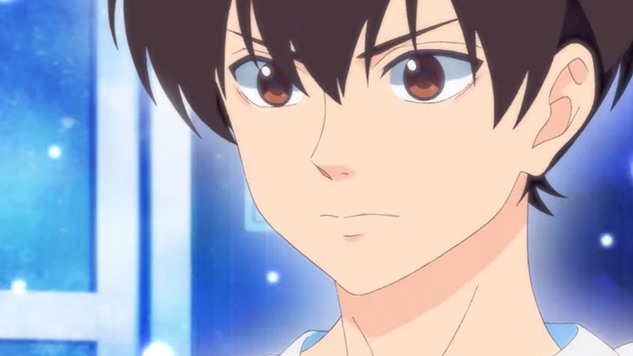 If you enjoy a good sports anime, and one featuring gorgeous guys, the upcoming Bakuten!! may be just what you have been waiting for.

At least if the just released new Bakuten!! trailer is anything to go by.

Bakuten!! tells the story of Shotaro Futaba who enrolls in a private academy called Soshukan High School for his third year of junior high.

When he is introduced to the men’s rhythmic gymnastics club, and to the guys who belong to it, he realizes how much he wants to join the club himself.

Soon, Shotaro is a member of the club and pursuing his athletic dreams alongside the senpais who take it just as seriously as he does.

Today’s new Bakuten!! trailer allows us to see Shotaro being introduced to the other club members — all extremely good looking and athletic guys who have their own reasons for being members.

It also shows off the show’s graphics and the animation, both of which look stunning.

Bakuten!! is being directed by Toshimasa Kuroyanagi (Blend S and Love Me, Love Me Not) with animation by ZEXCS (Shadowverse and Rokuhōdō Yotsuiro Biyori).

The upcoming new series will premiere in Japan as part of Fuji TV’s  Thursday ‘noitaminA’ block on April 8th, 2021.

Expect it to begin streaming in the west around the same time.

Watch the just-released and utterly gorgeous Bakuten!! trailer below to get a taste of what you can expect.

Now that’s an anime series to put on your calendar!