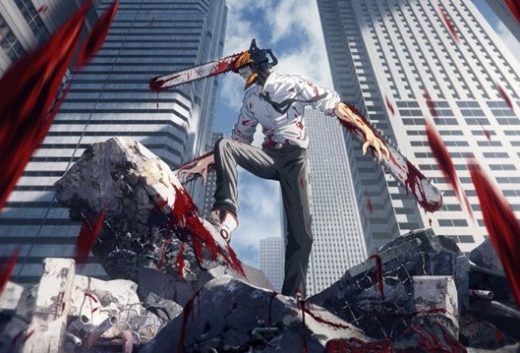 The upcoming Chainsaw Man anime series just got a new key visual via its official website. A visual that is enormously dramatic, dripping as it is with blood.

The new Chainsaw Man key visual has been released ahead of a MAPPA event on August 5th that will give us more information about the new anime.

Staff for Chainsaw Man has also been released. 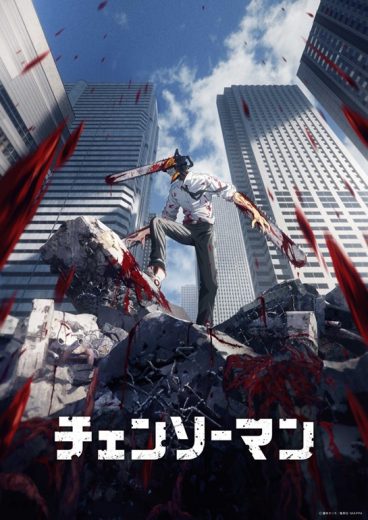 The Chainsaw Man is based on the manga of the same name written and illustrated by Tatsuki Fujimoto.

The manga currently has 11 volumes out in both Japanese and English, with VIZ Media releasing the manga in English.

If you’re new to the series, you can grab the first volume in either paperback or digital versions via VIZ.

Crunchyroll has licensed the anime, and will be releasing both an English subbed and English dubbed versions, although an announcement has not yet been forthcoming as to release date.

They describe the Chainsaw Man plot this way:

Denji is a teenage boy living with a Chainsaw Devil named Pochita. Due to the debt his father left behind, he has been living a rock-bottom life while repaying his debt by harvesting devil corpses with Pochita.

One day, Denji is betrayed and killed. As his consciousness fades, he makes a contract with Pochita and gets revived as “Chainsaw Man” — a man with a devil’s heart.

Enjoy the dramatic new Chainsaw Man key visual above, and watch the recently released equally dramatic first trailer for the anime below.

Yep, this one looks like a cool one to keep an eye on.