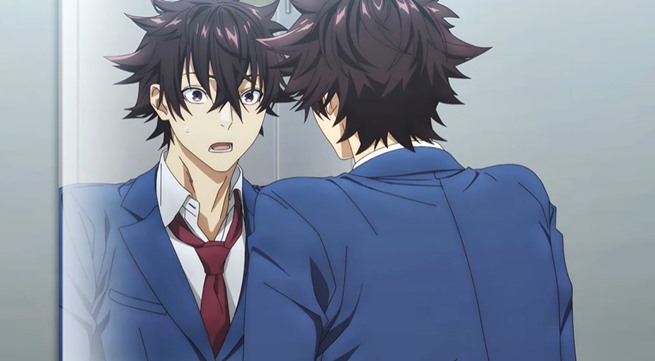 A new I Got a Cheat Skill in Another World key visual has been released today along with the anime’s first teaser trailer, and the names of the cast members who will be playing the three main leads.

The anime — full title I Got a Cheat Skill in Another World and Became Unrivaled in The Real World — offers a little twist on the usual isekai story in that protagonist Yuuya is actually able to come back from Alceria, the magical world he went to, and use what he gained there to make his life better in his old world.


The just released I Got a Cheat Skill in Another World key visual shows Yuuya half in and half out of both his magical world and back in the real world — with Princess Lexia of the kingdom of Alceria obviously having fun with Yuuya and his full-on armored self while, back in his old world, Kaori the daughter of his school’s chairman looks just as happy to see him in his school uniform.

The I Got a Cheat Skill in Another World trailer let’s us see the first time Yuuya enters the kingdom of Alceria, and his surprise at suddenly being in a buff body that looks like it could annihilate any opponent, and at owning a sword that can destroy anything or anyone.

What’s even more surprising is, when Yuuya returns to his own world, he realizes he still owns the levelled-up skills he earned in Alceria. And he can use them to make his ordinary life better.

His goal from now on? To conquer both worlds!

Who is voicing I Got a Cheat Skill in Another World’s Yuuya, Lexia and Kaori?

They are Yoshitsuga Matsuoka (Demon Slayer: Kimetsu no Yaiba) who will play Yuuya Tenjou, Akari Kito (Tonikawa Over the Moon for You) as Kaori Houjou, and Kaori Maeda (Miss Kuroitsu from the Monster Development Department) as Lexia Von Arselia.

The upcoming I Got a Cheat Skill in Another World and Became Unrivaled in The Real World anime is based on the light novel series, which was written by Miku and illustrated by Rein Kuwashima.

The English language version of the light novels is being published by Yen Press, who also publishes the manga spin-off. The first volume in the novel series is already out, with volume 2 due to be published next April.

They describe the plot in this way:

A mysterious door stands open, inviting a boy who’s been brutally bullied all his life to take a courageous step forward into the unknown. On the other side, he finds a hoard of priceless artifacts and a world as filled with magic as it is with monsters.

The most shocking revelation, however, is that he can bring whatever he wants back with him when he returns to Earth. It won’t be long before this double life changes him forever…

I Got a Cheat Skill in Another World and Became Unrivaled in The Real World anime will premiere in April, 2023.

Watch the anime’s first trailer below, and enjoy that cool isekai twist, as this one looks like it could be a lot of fun!