It was announced yesterday that the new Jujutsu Kaisen 0 movie will be released on Christmas Eve (December 24th) in Japan. A wonderful Christmas gift for fans then.

Along with the announcement, a new Jujutsu Kaisen 0 key visual was also released.

The visual features the back views of Yuuta (right) and his deceased childhood friend Rika — a powerful entity who is now out of control as she fiercely protects Yuuta from any harm.

The pair are surrounded by claws and walking towards what appears to be a malevolent being. 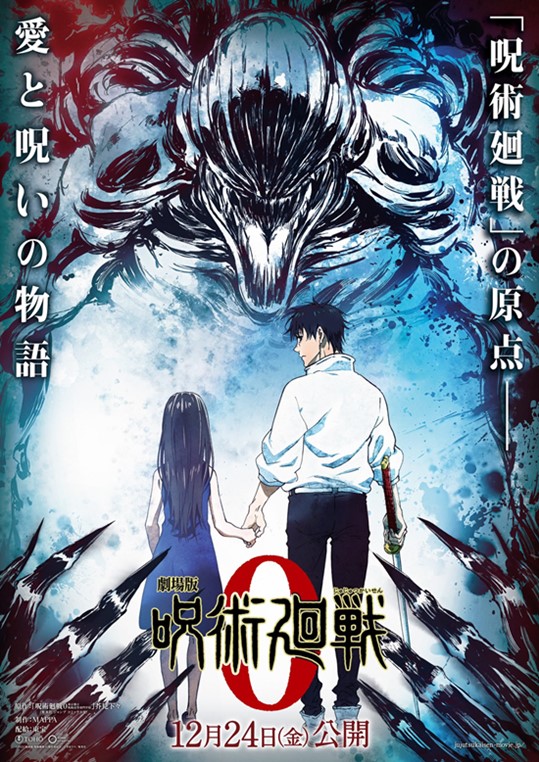 It is being produced by MAPPA and distributed by TOHO. No further information about the movie has been released as yet, but we will keep you updated as it is.

Check out the quite beautiful just released Jujutsu Kaisen 0 key visual above, along with the film’s teaser trailer below.