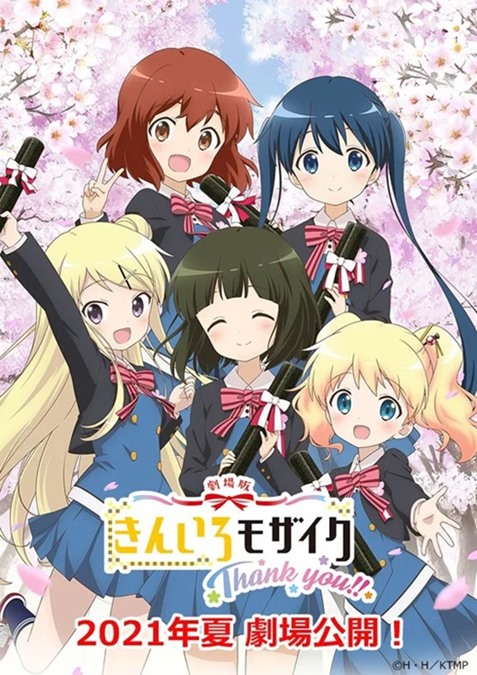 The new anime film Kin-iro Mosaic Thank you!! got a new key visual today, along with an opening date.

That date is sometime in summer 2021 in Japan. The key visual features Shinobu Omiya and friends, and is as adorably cute as you might expect.

The graphic and premiere date arrived via the Twitter account for the Kin-iro Mosaic anime series (most usually referred to as Kinmoza!) this week. A series that was first adapted from Yui Hara’s manga in 2013 by Studio Gokumi.

The anime was so popular, a second series titled Hello!! Kin-iro Mosaic arrived in early 2015.

The upcoming Kin-iro Mosaic Thank you!! film is the third entry in the franchise, and is being directed by Munenori Nawa (Locodol), again at Studio Gokumi, with Kazuyuki Ueda returning to do character design.

The Kinmoza! franchise is one of the more popular, comedy slice-of-life anime series due to its sweet and funny characters, it’s beautiful artwork, excellent voice acting and cute storylines.

No wonder then the anime series is getting a full-length film. 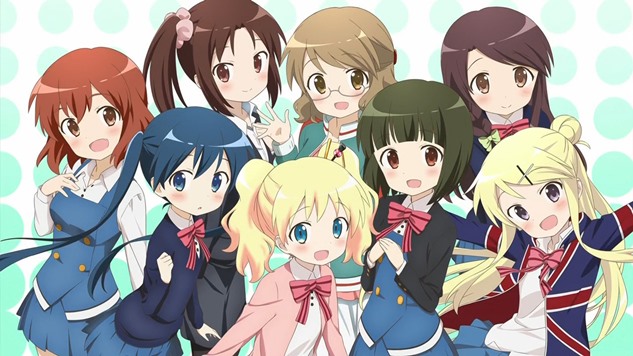 The anime franchise is based on the equally-adorable manga series of the same name, which tells the story of Shinobu, a Japanese teenager who loves everything British. So she heads off to the UK for a homestay with a family with a daughter around her age.

At first, Alice the English girl is shy as she doesn’t speak Japanese. Soon, however, the two become friends and find it difficult to part when Shinobu has to go back to Japan.

Months later, Alice suddenly shows up at Shinobu’s Japanese school and announces she is a new transfer student there. It turns out, not only has she been studying hard so she now speaks fluent Japanese, but she has also surprised Shinobu with the help of Shinobu’s mother.

Oh and yes, Alice will be living at the Japanese girl’s house too.

If you haven’t watched the first two seasons of Kin-iro Mosaic, you are missing a treat. You can rectify that by watching both seasons for free at Crunchyroll. or by buying Seasons 1 and 2 at Sentai Filmworks. Watch the Kinmoza! trailer below.

And remember, the Kin-iro Mosaic Thank you!! film arrives in Japanese movie theaters this summer. If you love an excellent slice-of-life anime, it should be a great watch.