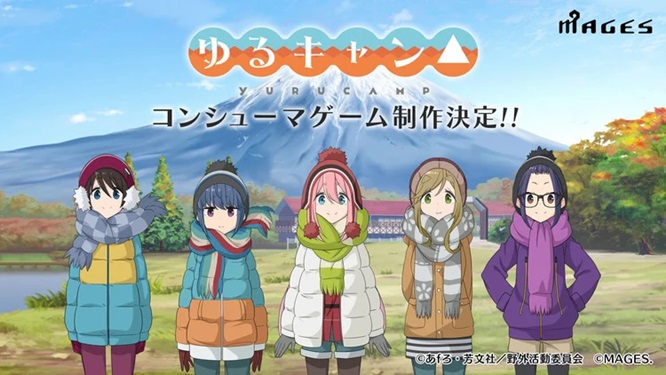 A new console game based on the Laid-Back Camp anime and manga series has been announced today on the anime’s official Twitter account.

The game will be developed and published by Japanese video game developer MAGES (KonoSuba: God’s Blessing on this Wonderful World! video game).

No more information about the upcoming Laid-Back Camp console game has been released yet. Just a quick and very cute visual showing all our favorite girls. (See above)

Two other games based on the popular series have been developed so far.

The Laid-Back Camp anime premiered in January, 2018 and quickly became a hit.

The 13-episode Season 2 began streaming in January, with the last episode in the season due for release next week.

Both seasons are currently available to watch on Crunchyroll.

Stay tuned for more information about the Laid-Back Camp console game here on Leo Sigh as soon as it is released.

As long as it features my favorite girls Rin and Nadeshiko, it’s an immediate buy for me. How about you?