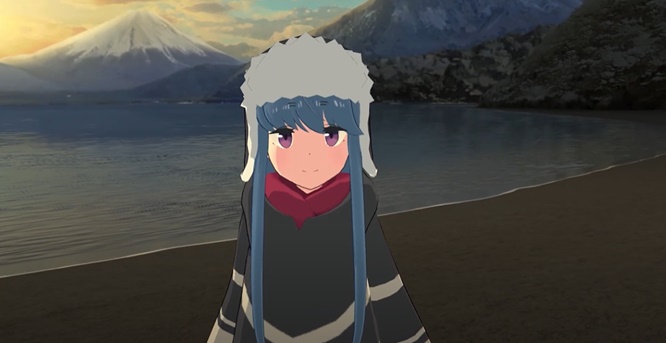 Two Laid-Back Camp video games have been announced that should be incredibly cool games to play.

After all, they feature the same vibe as the hit anime series Laid-Back Camp (aka Yuru Camp), and with Rin and Nadeshiko heading off on a camping adventure.

Both games will release on PS4, Nintendo Switch, Android, iOS and PC sometime this winter. They will also have support for a VR version via PSVR, Oculus Rift, HTC Vive and the Switch VR Kit, which will definitely please some die-hard fans.

The Laid-Back Camp games will only come with Japanese audio (Yay!), but will also have subtitles in English, Japanese, Chinese (Simplified and Traditional), Korean, and French.

It also sounds like the games may be based on the first few minutes of the anime series/manga, as the premise is Rin and Nadeshiko getting together and heading off an a camping trip.

Something Nadeshiko wanted to do on the first night the two girls met.

There isn’t a set release date yet, just a ‘Winter 2020-2021’ note but, with the second season of the Laid-Back Camp anime premiering on January 7th, 2021, my guess is the games will probably also release around the same time.

That way they can cash in on the anime. (continue reading and watch the Laid-Back Camp games’ trailer below…)

Watch the Laid-Back Camp games video trailer below, and try not to notice that Rin doesn’t quite look like herself but instead looks as bland AF.

As there is a notice on the video saying “Footage is from a development build and may not represent the final product”, however, hopefully that will improve.

But either way, Laid-Back Camp games, eh?  I’m all for it.