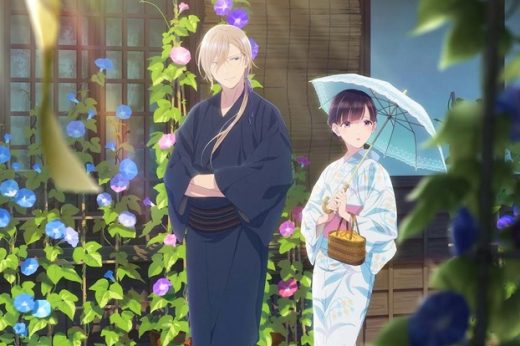 Oh I am so looking forward to the upcoming My Happy Marriage anime. An anime about a young girl, Miyo Saimori, who has always been treated like dirt by her family since her mother died.

Continuing on with that abusive treatment in an attempt to get rid of her, it is decided she will be married off to Kiyoka Kudou, a military captain who is said to be so cruel, nobody will marry him.


Happily, for Miyo, however, she soon learns Kiyoka is actually an incredibly kind person, and her cruel family has done her a favor by forcing her to marry one of the few people in her world who will always make her happy.

The My Happy Marriage anime is based on the light novel series by Akumi Agitogi.

A manga adaptation has been serialized on Square Enix’s Gangan Online service since December, 2018, with four tankōbon volumes currently out in Japanese.

Square Enix will be publishing the manga in English, with the first volume due out in September.

This week, a lovely new My Happy Marriage key visual has been released showing Miyo and Kiyoka taking a relaxing walk along a flowered pathway together, while dressed in yukatas.

A short visual video was also released, with very brief clips of the voice of Reina Ueda and Kaito Ishikawa, the voice actors who will be playing Miyo and Kiyoka in the upcoming anime series.

The My Happy Marriage anime is being animated by Kinema Citrus (The Rising of the Shield Hero), and directed by Takehiro Kubota (Gloomy the Naughty Grizzly).

There is no word yet on when the anime will premiere.