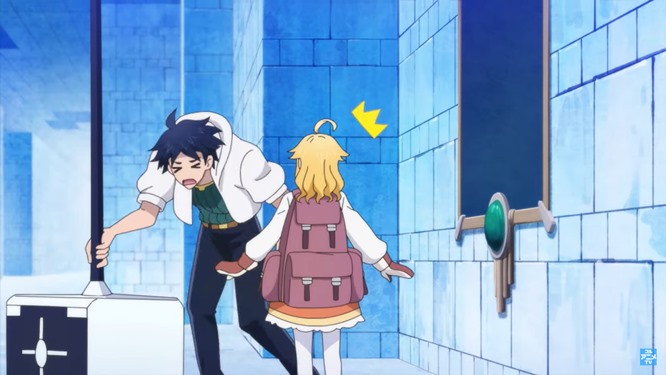 The upcoming fantasy anime My Unique Skill Makes Me OP even at Level 1 isn’t due out until July, 2023, but that isn’t stopping the production company from beginning to promote it.

As a huge fan of fantasy isekai anime, I have no problem with that.


In that vein, today a short My Unique Skill Makes Me OP even at Level 1 trailer was released that makes this show look very silly and very fun.

Along with the trailer, we also got a cute My Unique Skill Makes Me OP even at Level 1 key visual featuring protagonists Emily and Ryouta looking like life couldn’t be better. (see below)

Maybe that has something to do with the massive hammer Emily is carrying, and the gun Ryouta seems pleased to own? 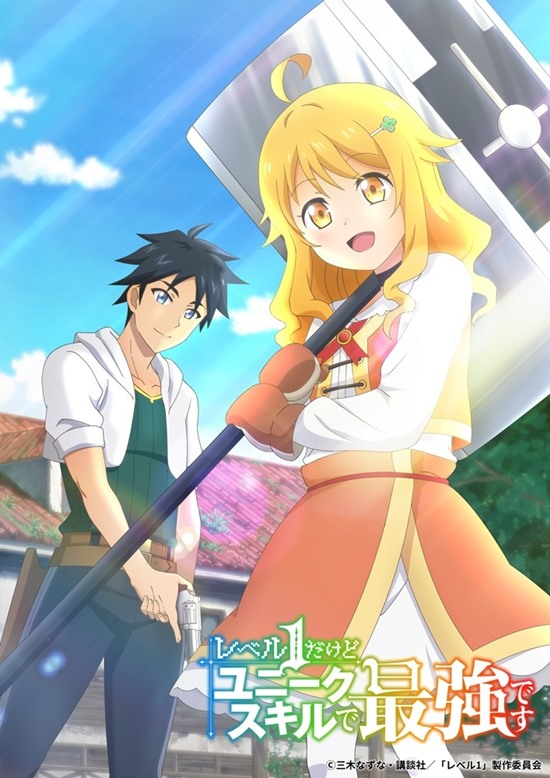 My Unique Skill Makes Me OP even at Level 1 (aka Level 1 dakedo Unique Skill de Saikyou desu in Japan) is based on a series of light novels written by Nazuna Miki and illustrated by Subachi.

Kodansha is publishing the English language translations, with one volume out so far. They are also publishing the manga spin-off, with eight out of the currently available 10 Japanese volumes now out in English.

They describe the plot of the books like this:

Overworked Ryota Sato has been transported to another world!

No matter how hard he tries, he’s stuck at level 1—but in return, he has otherworldly luck when it comes to item drops! Despite his low level, a few stat-boosting item drops have his stats maxed in no time! Throw his special equipment into the mix, and he’ll be the strongest—even at level 1!

YuujiYanase (If It’s for My Daughter, I’d Even Defeat a Demon Lord) is directing the anime at Maho Film (I’m the Villainess, So I’m Taming the Final Boss).

Watch the new My Unique Skill Makes Me OP even at Level 1 trailer below. Now doesn’t that look crazy and cute?

Keep up-to-date with more info about the isekai anime on the anime’s official website.