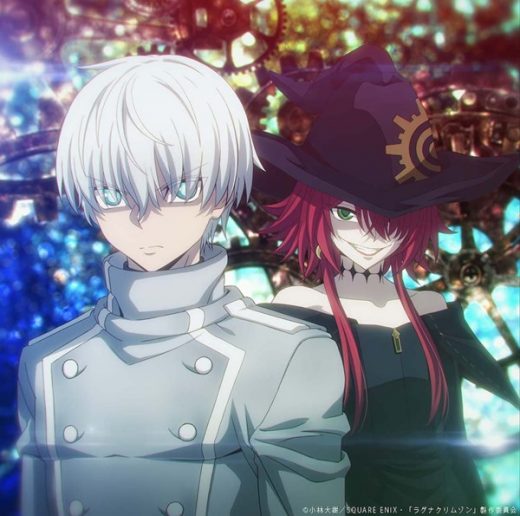 Earlier this year, a new Ragna Crimson anime series was announced, and today a new visual was released promoting the upcoming anime.


The latest Ragna Crimson visual features both dragon hunter Ragna and his new partner the mysterious Crimson, with Ragna looking particularly serious about his goal of destroying the dragon monarchs while Crimson simply looks mischievous.

Along with the new Ragna Crimson visual, we also got word anime production for the dark fantasy anime will be carried out by SILVER LINK (Non Non Biyori).

Daiki Kobayashi’s Ragna Crimson manga is serialized by Square Enix, with its chapters collected into 10 tankōbon volumes in Japanese.

Square Enix is also publishing the manga in English, with five volumes already out and the sixth volume due to be published on August 23rd, 2022.

In this action-packed dark fantasy, humanity lives under the threat of annihilation by immensely powerful dragons. The dragon hunter Ragna embarks on a revenge-fueled quest to eliminate that threat once and for all!

Defy fate. Seek absolute power. Slay all dragons!,In a world where dragons rule sky, sea, and land, those who would fight them and win must surpass the limits of normal human strength. Set on victory at any cost, dragon hunter Ragna joins forces with the mysterious Crimson. Crimson’s motivations may be obscure, but their goal is the same: to destroy the dragon monarchs.

Enjoy the latest Ragna Crimson visual above. The anime itself is due to premiere some time in 2023.