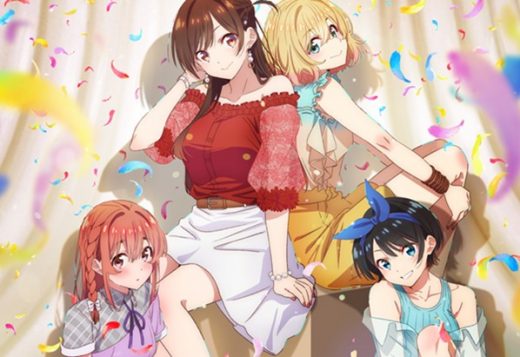 The latest key visual released for the show features all four of our favorite waifus —  Chizuru, Mami, Ruka and Sumi — dressed to the nines and posing flirtatiously for us.


The second season of the rom-com anime Rent-a-Girlfriend is based on the manga series by Reiji Miyajima.

It is due to stream on Crunchyroll for most territories in July.

They describe the plot of the hit anime like this:

A hopeless college student, Kinoshita Kazuya, meets a graceful rental girlfriend, Mizuhara Chizuru, and ends up introducing her as his girlfriend to his family and friends.

Time goes on with Kazuya unable to tell the truth, as he’s surrounded by devilish ex-girlfriend Nanami Mami, who keeps coming back to tempt him for some reason, hyper-aggressive provisional girlfriend Sarashina Ruka, who doesn’t know how to take no for an answer, and super shy but diligent and hardworking younger rental girlfriend, Sakurasawa Sumi… beautiful girlfriends of all types!

The pub, the beach, hot springs, Christmas, and New Year’s… Having gone through these challenging events, Kazuya’s feelings for Chizuru keep growing stronger. But she reveals a shocking truth that threatens to shake their “relationship” to the very core!

Watch the trailer for the upcoming anime below.