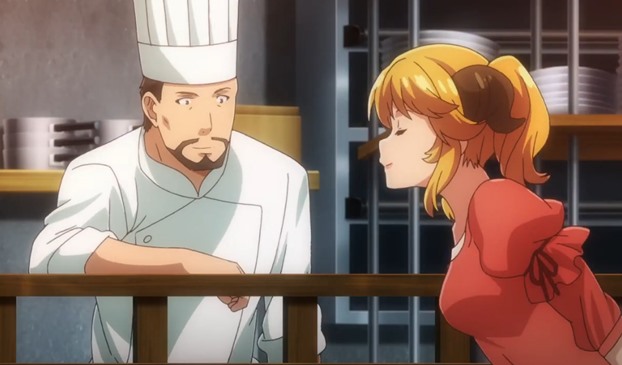 One of the anime series I am looking forward to in Fall season, 2021 is Restaurant to Another World 2 — the follow up to the first season of the popular 2017 fantasy slice of life anime.

Today’s new Restaurant to Another World 2 key visual makes me even happier, as it proves every customer is welcome at the Western Restaurant Nekoya. No matter what world they are from, or which species they belong to.


Hence why the latest Restaurant to Another World 2 key visual features a group of close friends dining together — ie: Lionel, Tatsugorou and Altorius.

Restaurant to Another World 2 (aka Isekai Shukudo 2 in Japan) is based on the light novels by Junpei Inuzuka and Katsumi Enami.

The anime centers around a Tokyo-based restaurant that, on Saturdays, closes its doors to Tokyo residents while opening them to residents of other worlds.

The series is scheduled to air in Japan sometime in October, 2021, with a premiere in the west soon after. We’ll keep you updated as soon as we find out when.

Meanwhile, the anime’s official Twitter account announced they will be uploading the first season of the series to YouTube in July, just in case you missed it the first time around.