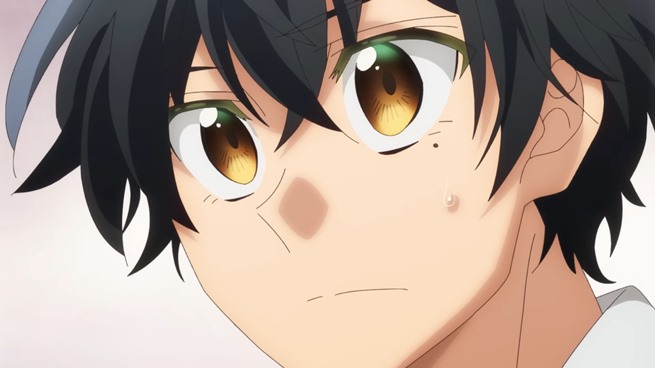 New footage is out from the upcoming Sasaki and Miyano movie — Sasaki to Miyano Movie: Sotsugyou-hen — in the form of a new trailer via Twitter.

A trailer that also promotes the spinoff Hirano and Kagiura that will be released along with the movie.


And the best part of this new trailer is we finally get to see Sasaki telling his sister that Miyano is not his kohai (junior), he is his boyfriend. (27 seconds into the trailer).

But how will Sasaki’s sister take it?

Along with the Sasaki to Miyano Movie: Sotsugyou-hen trailer, we also got a new key visual of the two boys together at school for one of the last times, as it won’t be long now before Sasaki graduates and heads off to university. (see below)

Sasaki to Miyano Movie: Sotsugyou-hen is due to be released in movie theaters in Japan on February 17th along with the Hirano and Kagiura spin-off, which we also get to see scenes from in the very cute trailer.

A spin-off fans are ecstatic to see, as isn’t it about time Hirano and Kagiura got together as well?

Sasaki and Miyano director Shinji Ishihira is back to direct the film, along with Yoshiko Nakamura who is in charge of scripts, and character designer Maki Fujii.

Kana Shibue is also composing the music for the movie. Something I am thrilled about, as the soundtrack for the original Sasaki and Miyano series is one of my all-time anime faves.

No word yet on when Sasaki to Miyano Movie: Sotsugyou-hen will hit screens in the west, but hopefully not long after it premieres in Japanese theaters as fans have been desperately waiting for this for almost a year already.

Watch the new Sasaki to Miyano Movie: Sotsugyou-hen trailer below, and replay that snippet where Sasaki tells his sister he is dating Miyano again and again.

It’s adorable. (And, if you have already read the Sasaki and Miyano manga, you will know what’s coming next!)