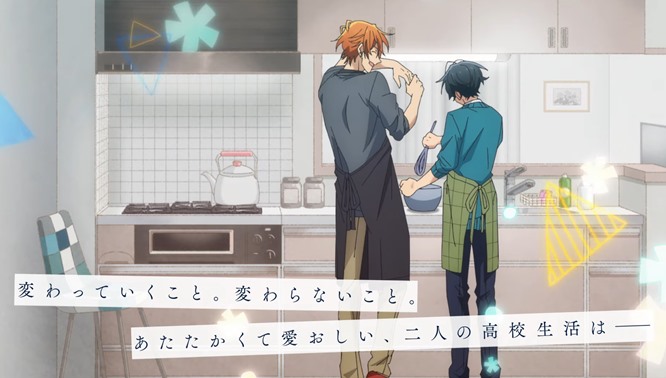 One of the big reasons I have been desperate for 2023 to arrive is the premiere of the Sasaki and Miyano movie — Sasaki to Miyano Movie: Sotsugyou-hen.

The anime was one of my top faves of 2022, so I am thrilled for us to be getting a movie less than a year after the anime series ended.


After all, as most anime fans know, movies or subsquent seasons of favorite anime can sometimes take years to appear. If at all.

To help herald the upcoming not-long-off theatrical release of the film a Sasaki to Miyano Movie: Sotsugyou-hen trailer was released today. Well, unfortunately, an extremely short teaser trailer but, still, it’s better than none.

The trailer promotes the Sasaki and Miyano film, plus the Hirano and Kagiura spin-off episode that will be releasing at the same time on February 17th.

Yep, less than eight weeks to go before they arrive (I calculated) in Japan at least.

As expected (and hoped for), the Sasaki to Miyano Movie: Sotsugyou-hen trailer shows the boys still happy and in love, as they cook together in the kitchen and continue to walk closely together no matter where life takes them.

And, if you look incredibly closely (and quickly), there is even a glimpse of Hirano and Kagiura looking like their relationship may soon be moving up another level too. Yay!

RELATED: Who voices Miyano Yoshikazu in Sasaki and Miyano? 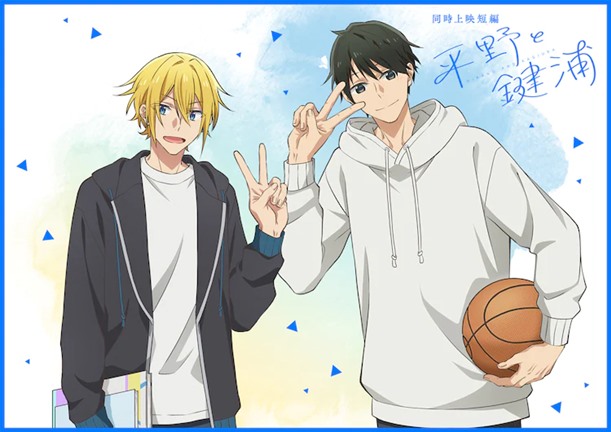 A new visual featuring that pair has also been released. (see above)

Featured in the teaser trailer is the movie’s theme song — ‘March‘ by the five-member Japanese rock band Miracle Chimpanzee.

Sasaki to Miyano Movie: Sotsugyou-hen (in English, subtitled ‘Graduation’) is again being directed by Shinji Ishihira, with Yoshiko Nakamura back writing the screenplay, and Maki Fujii again designing those cute characters.

Kana Shibue composed the gorgeous music for the Sasaki and Miyano anime series (a soundtrack I have had on repeat on Spotify for half the year), and she is also (thankfully) back composing the music for the film.

Studio Deen is also in charge of anime production again.

RELATED: Have Sasaki and Miyano told their families they are dating?

In other words, with all the main staff and the cast, of course, back to reprise their roles, we can pretty much expect Sasaki to Miyano Movie: Sotsugyou-hen to be just as glorious as the wonderful anime series.

Watch the just-released Sasaki to Miyano Movie: Sotsugyou-hen trailer below, and keep an eye out for the film’s premiere outside Japan as, with how popular the anime series was, I doubt we will get it much later than its Japanese premiere.

RELATED: Who voices Sasaki Shuumei in the Sasaki and Miyano anime?