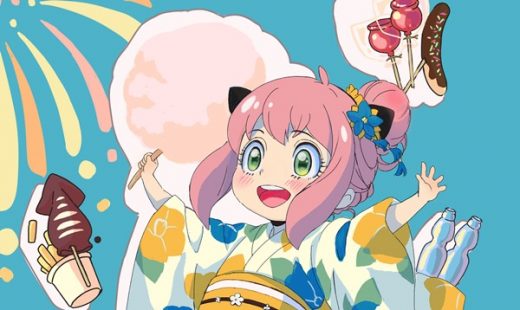 If you have been missing SPY x FAMILY‘s Anya since the first part of the hit anime series ended earlier this year, you will love the new Anya visual that has just been released.

The summer vacation SPY x FAMILY visual features the adorably cute Anya in a yukata all ready to head out to one of her city’s summer festivals.

Anya herself looks absolutely ecstatic at being at a summer festival, as fireworks explode in the background.

The new Anya visual was released on the anime’s official Twitter account earlier today, with an announcement we will also be getting more new content every day from now until the end of the month.

SPY x FAMILY was one of the most popular anime of the Spring, 2022 anime season. Its first 12 episodes aired from April to June, with the next 12 due to begin airing in October.

The anime is based on the hit manga series by Tatsuya Endou. The first 12 episodes aired on Crunchyroll, who has this to say about the plot:

World peace is at stake and secret agent Twilight must undergo his most difficult mission yet—pretend to be a family man. Posing as a loving husband and father, he’ll infiltrate an elite school to get close to a high-profile politician.

He has the perfect cover, except his wife’s a deadly assassin and neither knows each other’s identity. But someone does, his adopted daughter who’s a telepath!