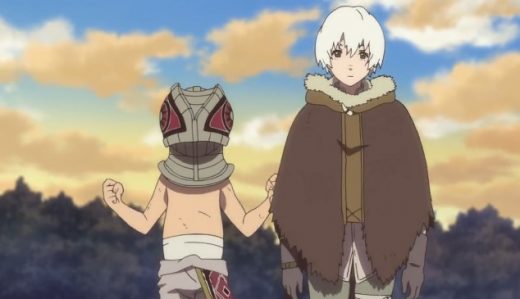 The adventure drama anime To Your Eternity was one of the most popular and highly-rated anime releases of 2021.

That’s why fans were thrilled when To Your Eternity Season 2 was announced right as the first season ended.


This week, as a way to promote that release, animation studio Brain’s Base released a new To Your Eternity Season 2 visual that is absolutely gorgeous.

So beautiful in fact, I could quite happily print it out and frame it. (see below)

To Your Eternity (known as Fumetsu no Anata e in Japan), of course, is known for its beautiful art style. It’s no wonder then that the new visual featuring protagonist Fushi, and drawn by anime character designer Koji Yabuno, is so darned pretty.

The To Your Eternity anime is based on the manga series by Yoshitoki Ōima. It has been serialized in Weekly Shōnen Magazine since late 2016, and has also been collected into 16 volumes.

The anime was directed by Masahiko Murata (Baby Steps), Shinzō Fujita was in charge of series composition, with Koji Yabuno (Space Brothers) as character designer.

The first season of the anime premiered in April, 2021 and ran through the end of August. The first episode of To Your Eternity Season 2 is set for an October, 2022 release.

Until then, watch or rewatch Season 1 of the anime on Crunchyroll.