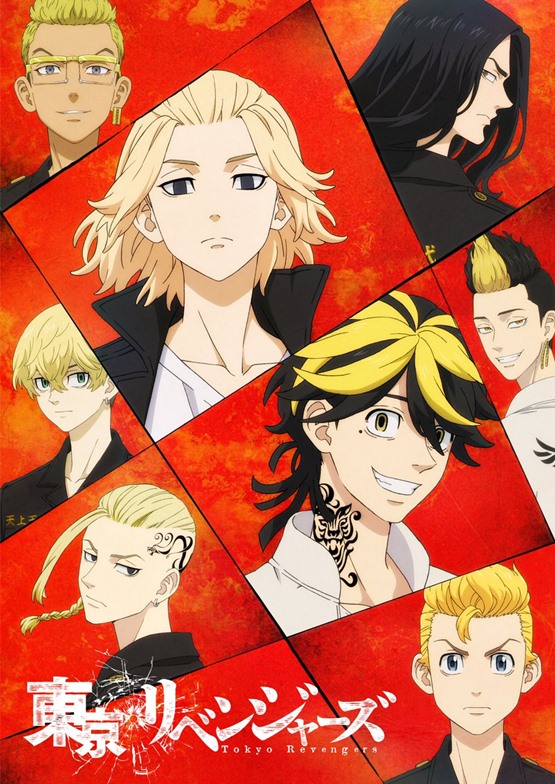 A new Tokyo Revengers key visual for the upcoming Bloody Halloween arc has been released, and it is beautifully done.

The visual features some of the anime’s most popular gang members, and shows off their personalities beautifully, from Mikey’s haughtiness and leadership qualities being portrayed wonderfully on his face, to Ken looking arrogant and annoyed, and Takemichi appearing angry.

What is even more interesting, though, are the three that are smiling — Kazutora, Shuji and Tetta — foreshadowing their dooms, it seems?

Along with the new Tokyo Revengers key visual for Bloody Halloween, it was also announced the Tokyo Revengers ending theme for  the anime from episode 13 through the end of season 1 will be ‘Tokyo Wonder‘ performed by Nakimushi.

Season 1 of Tokyo Revengers is currently streaming on Crunchyroll, with 11 episodes released so far. New episodes air every Saturday.

The anime is based on the popular manga by Ken Wakui.

Watching the news, Takemichi Hanagaki learns that his girlfriend from way back in middle school, Hinata Tachibana, has died. The only girlfriend he ever had was just killed by a villainous group known as the Tokyo Manji Gang. He lives in a crappy apartment with thin walls, and his six-years-younger boss treats him like an idiot. Plus, he’s a complete and total virgin … At the height of his rock-bottom life, he suddenly time-leaps twelve years back to his middle school days!! To save Hinata, and change the life he spent running away, hopeless part-timer Takemichi must aim for the top of Kanto’s most sinister delinquent gang!!