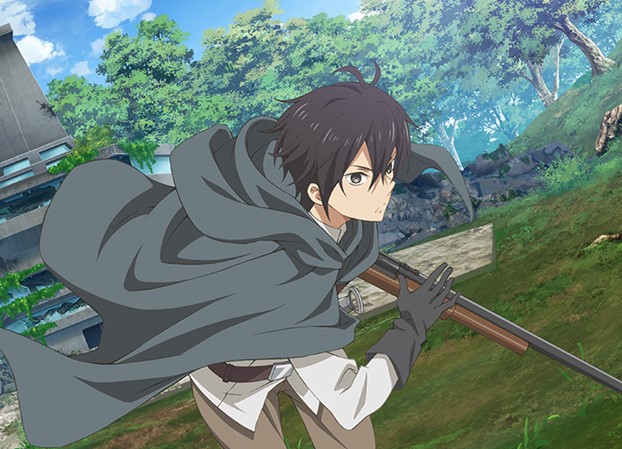 The upcoming anime Trapped in a Dating Sim: The World of Otome Games is Tough for Mobs just got a new key visual, and this one gives us an inkling of the action we can expect in the new isekai.

That’s because the latest Trapped in a Dating Sim key visual shows protagonist Leon heading off with his rifle at a rush.


And don’t forget, Leon has already played through the entire game he is now stuck in, so if Leon thinks there’s trouble brewing, there most definitely is.

The Trapped in a Dating Sim: The World of Otome Games is Tough for Mobs anime is based on the light novel series of the same name by Monda.

For those who don’t read Japanese, Seven Seas is publishing the light novel in English, along with its manga adaption.

The Trapped in a Dating Sim anime series is directed by Kazuya Miura (Uzaki-chan Wants to Hang Out!) and Shinichi Fukomoto (assistant director on (The) Detective is Already Dead).

Series composition is by Kenta Ihara (Saga of Tanya the Evil), with character designs by Masahiko Suzuki (creature design for Tower of God) — designs based on mangaka Monda’s original designs, of course.

Animation production is by Studio ENGI (Uzaki-chan Wants to Hang Out!).