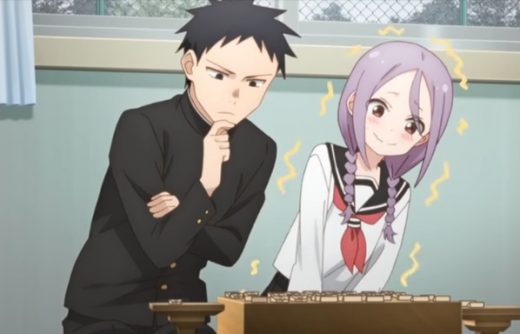 A new When Will Ayumu Make His Move? key visual came out today, along with a cute second trailer and the announcement of the anime’s premiere date — July 7th, 2022.

The latest When Will Ayumu Make His Move? key visual has Ayumu and his shogi opponent Yaotome walking down the street together, with Ayumu looking uncomfortable while Yaotome just looks cute.


The new trailer that came along with the new visual introduces the show’s voice actors.

When Will Ayumu Make His Move? is based on the manga by Soichiro Yamamoto. The anime is directed by Mirai Minato (The Dungeon of Black Company), with SILVER LINK in charge of anime production.

Kodansha Comics is publishing the English language version of the manga, with five volumes currently out in both digital and print versions.

When Will Ayumu Make His Move? tells the story of high school student Ayumu and shogi club president Yaotome.

Yaotome is convinced Ayumu is in love with her, but is frustrated as hell because he won’t tell her. Little does she know, Ayumu has already decided he won’t tell Yaotome how he feels, no matter how much she tries to get him to, until he can beat her at shogi.

The problem is, even though the pair play shogi together every day, it looks like Ayumu will never win as he really is terrible at the game.

Poor Yaotome. Is she destined to be single for the rest of her high school career?

Watch the just released second trailer for When Will Ayumu Make His Move? below. Now doesn’t that look like a whole lot of fun?