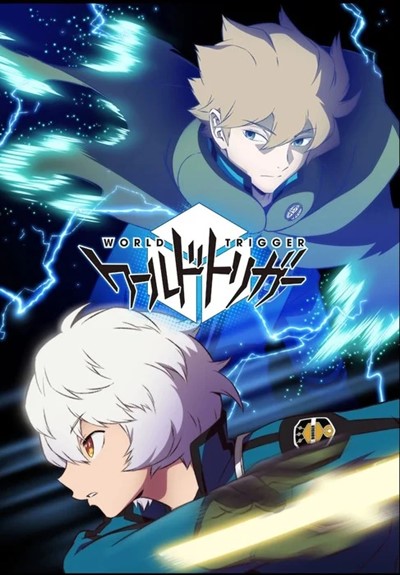 While some World Trigger manga fans worry about the manga’s current release pace as it pertains to Season 3 of the World Trigger anime, it is pretty likely the upcoming new season won’t have any problems.

After all, if Season 3 of World Trigger has the same pace as the previous one, there is already plenty of manga material to fill it.

Speaking of the new season, however, the official website for the anime has just unveiled a new World Trigger key visual (see above) and it is action packed, seeing as how it features Yūma and Hyuse fighting together.

World Trigger Season 3 premieres in October on TV Asahi’s NUMAnimation block. Crunchyroll will be streaming the anime internationally as it airs in Japan.

The World Trigger anime is based on the manga series by Daisuke Ashihara, and is produced by Toei Animation.

All 73 episodes of Season 1 are currently streaming on Crunchyroll, along with the extremely short Season 2.