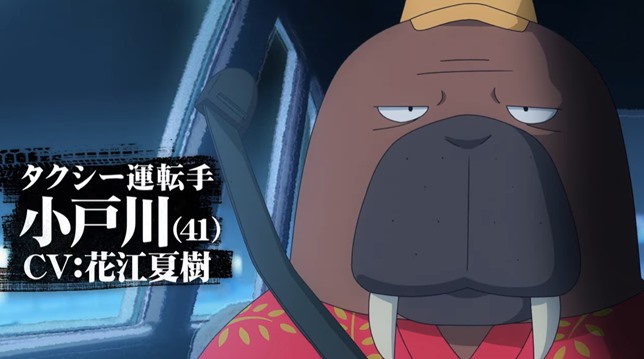 If you are a fan of anthropomorphic anime series, you are very likely to enjoy the upcoming original Odd Taxi anime.

An anime that, from the just-released trailer, appears to feature a cast of extremely eccentric and very cool characters.


According to currently available information on the anime, Odd Taxi tells the story of Kotogawa, an eccentric, reticent 41-year-old taxi driver who has no relatives and does not have much to do with others.

He does have conversations with his customers, however, including a college student who wants to go viral, a nurse hiding a secret, an unsuccessful comedian, a street rough, and an up-and-coming idol.

These conversations lead him to a girl who has disappeared. 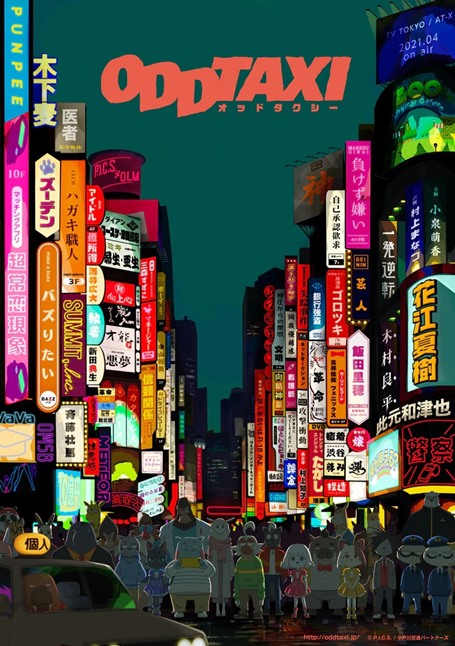 Yep, Odd Taxi not only looks incredibly entertaining, we will also find out about the secret lives of many of the passengers and it features an intriguing mystery.

There are also a slew of comedy duos/trios in the series including Kohei and Asei of Miki; Yusuke and Atsuhiro Tsuda of Diane; Takashi of Trendy Angel;  and Tomoko Murakami of Morisanchu.

Yep, this one looks screamingly funny, as well as very unusual.

The Odd Taxi manga and the anime series are being written by manga writer/artist Kadzuya Konomoto, and directed by Mugita Kinoshita. Character designers are Kinoshita and Hiromi Nakayama.

Anime production is by P.I.C.S and OLM.

The Odd Taxi anime will premiere on TV Tokyo and AT-X in April.

Check out the just released second Odd Taxi anime trailer and mark your calendars as, to me, this one looks like a must watch.