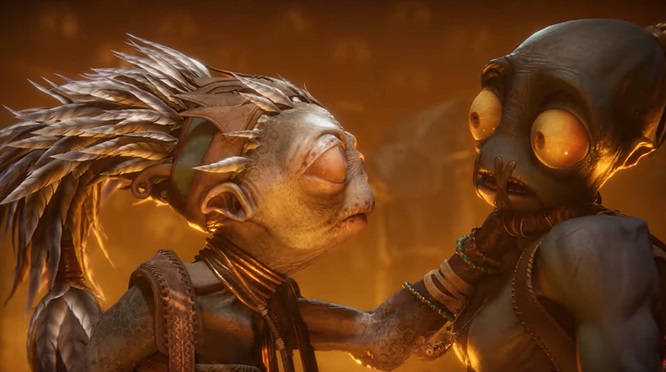 One of the first video games I ever played was Oddworld: Abe’s Oddysee way back in 1997 and, while I loved the action-adventure game, I do remember it also kicked my ass.

That didn’t stop me half killing myself to finish it, nor did it stop me playing every other Oddworld game in the series either. Because, damn, they are superb, incredibly fun games that kept me occupied for weeks.


Fast forward more than 20 years, and I still play tons of video games and, yep, most of them still kick my ass.

But, man, I get so much enjoyment out of them anyway.

That’s why, when I saw the announcement today the latest game in the Oddworld series — Oddworld: Soulstorm — was nearing completion, after being delayed due to the Covid-19 mess, I was stoked.

After all, it has been almost six years since the last game in the series — Oddworld: New ‘n’ Tasty! — came out, so it is high time we got another one.

According to developer Oddworld Inhabitants, Oddworld: Soulstorm is due to be released some time in Spring, 2021.

Along with the announcement, they also released a new Oddworld: Soulstorm trailer that shows off some of the graphics of the game and, yes, as you might expect, it is gorgeous.

It comes with new skills for Abe, the ability to craft tools, and along with a similar storyline as previous games, with a campaign that will be just as crazy as those we have already played.

Oddworld: Soulstorm is currently set to release in Spring, 2021, if things go as planned, with the PC game available via the Epic Game Store (you can already pre-order it there), and the PS4 and PS 5 also getting it at the same time.

And, if you haven’t played the first game in the series, you can grab that on GOG now for a crazy low price.

Watch the Oddworld: Soulstorm trailer below. and see what some of the top game critics have said about it and why they loved it.

Yep, this one is guaranteed to make my 2021 get off to a good start.