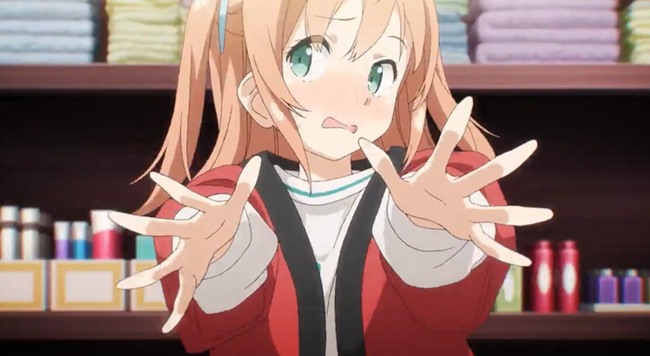 A new promotional video for the anime One Room: Third Season has just been released and, yep, it is just as cute and slightly creepy as you might expect. (Come on, it is a little bit!)

New cast members for the show have also been announced.

In other words, if One Room: Third Season wasn’t already something to look forward to, it certainly is now.

Yui Hanasaka is also returning to the anime as M.A.O., as is Rie Murakawa as Natsuki and Rie Takahashi as Minori.

One Room: One Season has been written by Season One and Two writer Aose Shimoi, Kantoku is responsible for character designs and animation studio ZERO-G (My Roommate is a Cat, Grand Blue, One Room: Season Two) are the animators of the popular series.

The third season of the short anime series, like the first two series, will have 12 episodes, and will again feature the same premise as before — short, slightly odd stories about adorable young women taking place in an unnamed male protagonist’s room.

Yep, to some anime fans, that is just as strange as it sounds.

Watch the just released One Room: Third Season trailer below, and appreciate just how cute these girls are going to be. Even if you find the whole premise a little bit odd.

One Room: Third Season will begin airing in Japan on October 5th, 2020 and, like the first two seasons, is likely to be a big success.