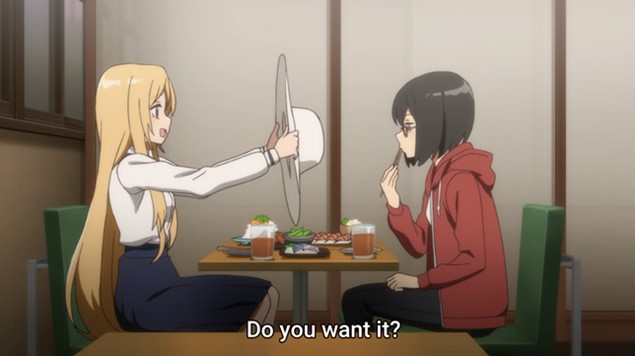 In Otherside Picnic, Season 1, Episode 5, “Station February“, the barrier between the real world and the Otherside is becoming far more fluid.

This could be problematic for Sorao and Toriko, as just like in the previous episode when Sorao and Kozakura are pulled into the Otherside against their will, it is beginning to look like that could be a regular occurrence.

For the viewer, however, this episode of Otherside Picnic is probably the most nonsensical. And the silliest.

After Sorao saves Toriko in the last episode of the anime, Otherside Picnic, Season 1, Episode 5, “Station February” starts with the two girls in a restaurant having treated Kozakura to a meal as an apology for leaving her in the Otherside.

After Kozakura leaves, they eat more food and Toriko reveals she still has Lady Hasshaku’s hat from the Otherside. (see screenshot above), and so she puts it on.

Of course, it wouldn’t be Otherside Picnic if things didn’t suddenly get weird. That happens when the waiter begins to speak in gibberish. It gets worse as they leave the restaurant and realize the street outside is very dark, and the train station seems a long way off.

Seconds later, they’re back in the Otherside in a deserted field  at night against their will, and neither of them have their guns. 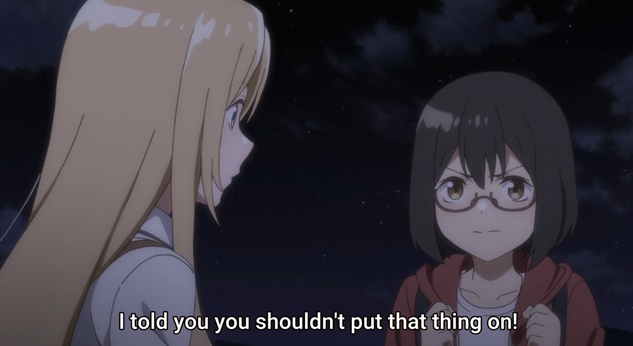 It’s then the girls realize, it probably wasn’t a good idea for Toriko to wear Lady Hasshaku’s hat, as that is probably what attracted the Otherside to them.

Soon they are being chased by a metal monster, which has human bodies suspended from its frame, and a rolling cloud of chattering faces. They are only saved when they stumble across a group of U.S. Marines (who have the worst English language abilities ever, I might add!).

The Marines are stationed in Okinawa, and somehow ended up in the Otherside a month ago. The metal monster chasing the girls was a robotic Marine mule that was sucked into the Otherside with them, and then changed.

As yet, the Marines have not managed to find a way out and so have set up a headquarters at an abandoned railway station called Station February.

Sorao immediately realizes it is an incorrect reading of the real name — Kisaragi Station — and that’s when we realize this is the scene of another famous Japanese urban legend.

And yes, Otherside Picnic has seemingly moved on from a previous episode that was quite intriguing to one that is silly and dull. 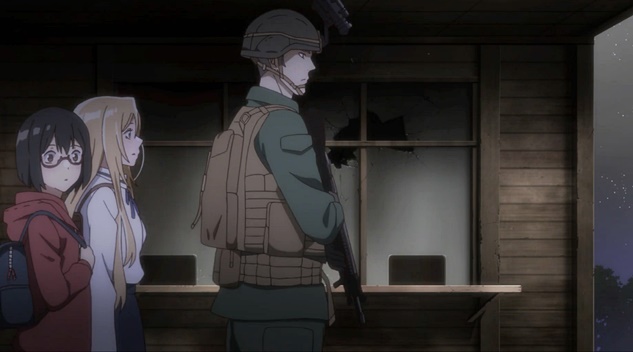 The real problem with Otherside Picnic is the series doesn’t seem to know what it wants to be.

Is it a horror series? An isekai? An anime about a dystopian future? A yuri?

As the creators haven’t narrowed that down, it has left them heading off all over the place, thus creating more confusion than cohesion.

The script writer has added to that confusion by ignoring details from the original novels that would have made events more understandable, as well as placed some events in a different order in the series.

The events happening in this episode, for instance, should have taken place before Space-Time Man and not after him.

The animation too is subpar in many scenes, character development went backwards in this latest episode, the audio mixing is often poor, and the placement of music on the soundtrack is bizarre.

The main problems for me, though, are Otherside Picnic‘s inherent weaknesses compared to those of a similar anime released around the same time.

That anime is Wonder Egg Priority.

It is another fantasy series that follows a group of teenage girls as they fight monsters in a strange alternative world, but one where the monsters, the atmosphere, the creepiness of the villains and the continual character development of all four protagonists are so logical and so beautifully created, the anime completely pulls you in.

Unlike Toriko and Sorao, the protagonists in Wonder Egg also have a solid goal they are all individually working towards. A goal that serves to knit every aspect of the series together.

If, like me then, you just finished Wonder Egg Priority before watching Otherside Picnic, and you cannot help but compare the two, your disappointment has likely also set in. 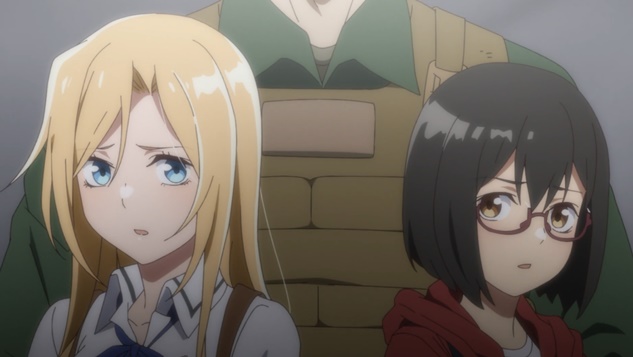 It isn’t all doom and gloom though, as Otherside Picnic does have a couple of saving graces — namely the voice acting, which is exceptional, and some of the artwork is quite pretty. The opening and closing theme songs are also nice choices for the genre.

In other words, I am soldiering on into Episode 6 (soldiering on. Get it? 🙂 ), as I am still holding out hope the series will improve.

You will find recaps of Episodes 1-4 of Otherside Picnic on Leo Sigh.