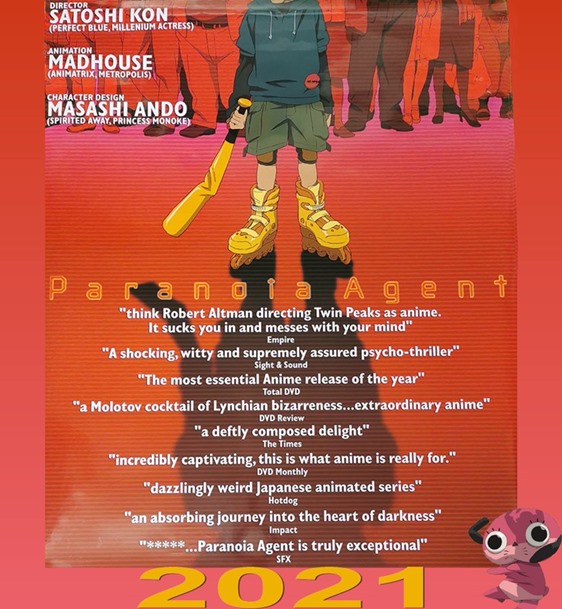 The weird, strange and wonderful Japanese anime series Paranoia Agent is releasing on Blu-ray in 2021. Lil’ Slugger fans are going to be ecstatic.


From the creator of Perfect Blue and Paprika. Lil’ Slugger returns for the first time on Blu-Ray. Batter up…

The cut in Episode 8 of Paranoia Agent, as you may remember, occurred in the UK and several other countries when a scene of over 1 minute was removed due to three characters trying to hang themselves.

Hopefully, that scene will be included on the Paranoia Agent Blu-ray version.

As for the original premiere of the anime series, that occurred in 2004 followed by a DVD release of the anime in 2005. Sadly, it was in four volumes, which made it quite expensive to purchase.

With Paranoia Agent on Blu-ray, however, it should be on one disc and, with only 13 episodes really shouldn’t cost an arm and a leg. 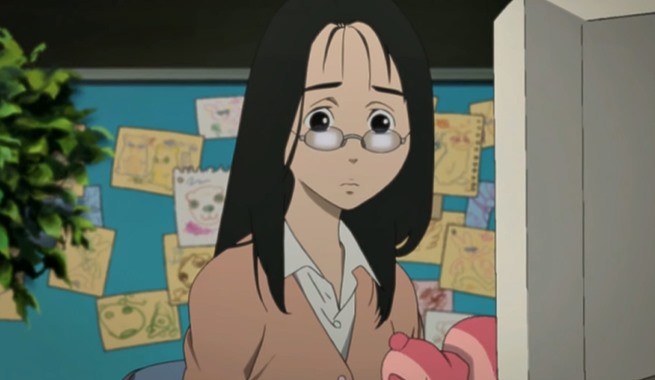 Just in case you haven’t yet watched Paranoia Agent, and you should as it is an iconic anime, this is how the story goes:

When the darkness overcomes the heart, Lil’ Slugger appears…”
After the first victim’s story, the police felt the overly stressed woman was having a breakdown and lied to cover-up for some crime. However, after the third and fourth attacks upon unrelated victims led to the same description of a young attacker with a golden baseball bat and in-line skates, the police had to wonder – is the “Lil’ Slugger” real or some kind of sinister phantom?

Paranoia Agent was directed by Satoshi Kon (Paprika, Millenium Actress, Perfect Blue, Tokyo Godfathers), a renowned Japanese director who produced some of the most admired anime works ever created, and who sadly died of pancreatic cancer at the age of just 46-years-old in 2010.

A release date for Paranoia Agent on Blu-ray has not yet been announced, just the somewhat loose date of 2021.