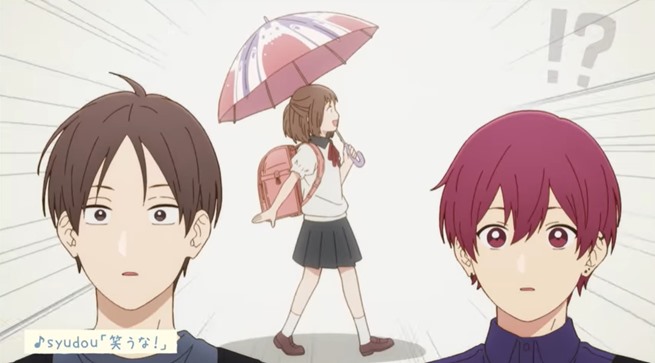 The second cour of the Play It Cool, Guys anime is on its way in January, so Studio Pierrot wants to make sure you remember that.

That’s why they have released a cute new Play It Cool, Guys second cour visual today, along with another trailer for the 11-minute-per-episode anime series, and an announcement about a new cast member.


That actress is Ayako Kawasumi (Clara in Violet Evergarden), who plays new character Shirakawa. A character who also appears in the just released Play It Cool, Guys second cour trailer.

A trailer that, along with the crazy antics of Souma Shiki, Hayate Ichikura, Shun Futami, and Takayuki Mima, includes a short snippet of the second cour opening theme song — ‘Warau na!’ by syudou.

Check out the Play It Cool, Guys second cour visual above as it features all four main guys, along with independent novelist Igarashi Motoharu who, from the new trailer at least, looks like he may be showing up more often. Yay!

The Play It Cool, Guys anime (aka Cool Doji Danshi) is based on the popular manga series of the same name by Kokone Nata.

The anime is directed by the fabulous Chiaki Kon (Junjou Romantica and Sekaiichi Hatsukoi), with series composition by Makoto Uezu (KonoSuba), and character designs from Eri Taguchi (main animator for Vampire in the Garden), who is also the chief animation director.

The first 12 episodes of the series began airing in early October in the west via Crunchyroll.

The Play It Cool, Guys second cour will kick off on January 9th in Japan.  The anime has been well-received by viewers on My Anime List so far. That website has this to say about the plot:

Despite their distinctive personalities, Souma Shiki, Hayate Ichikura, Shun Futami, and Takayuki Mima all have one thing in common: though naturally clumsy, the four disguise their embarrassment from tiny slip-ups by maintaining a composed demeanor.

However, it is actually the guys’ airheaded natures that makes the girls’ hearts throb. No matter what happens in their daily lives, the boys do their best not to lose their cool!

Watch the new Play It Cool, Guys second cour trailer and get ready.