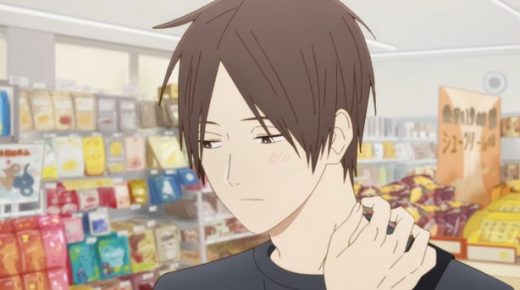 The comedy anime Play It Cool, Guys! may not be premiering until October, but that hasn’t stopped Studio Pierrot from releasing a character video for one of the show’s main characters — Hayate Ichikura — as well as a new key visual featuring the second year university student.

The just released Hayate Ichikura character video shows him looking quite embarrassed much of the time. As he is known to do whenever he thinks about particular incidents in the past.

He still looks adorably cute though, eh? Even as he spends his time in thoughtful introspection.

The new Play It Cool, Guys key visual featuring Hayate (voiced by Chiaki Kobayashi) also shows him thinking so much about something, he is trying to drink his green tea while the bottle’s cap is still in place. (see below) 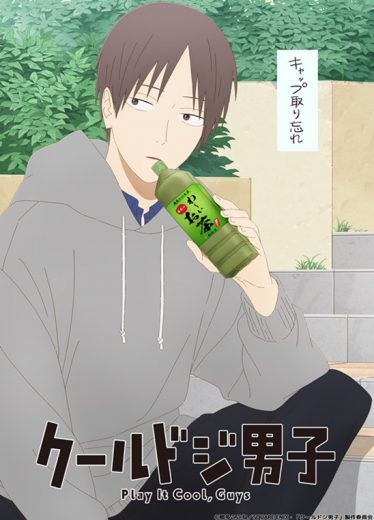 Play It Cool, Guys is based on the manga series written and illustrated by Kokone Nata.

The manga is being published in English by Yen Press in both trade paperback and digitally. They have this to say about its plot:

They’re so goofy, they’re cool.
Enter: a group of cool guys who seem like they’ve got that unapproachable swag. But look closer and you’ll find a bunch of dorks who’ve gotten the act down pat. So sit back, grab some popcorn, and enjoy watching these clumsy dudes try to look cool all day, every day.

The anime is being directed by Chiaki Kon (The Way of the Househusband), with Mokoto Uezu (KONOSUBA -God’s blessing on this wonderful world!) in charge of series composition, and Eri Taguchi as character designer and chief animation director.

Studio Pierrot is in charge of anime production.

Keep an eye out for its October premiere, as this one looks like fun, and watch the Hayate Ichikura character video below.