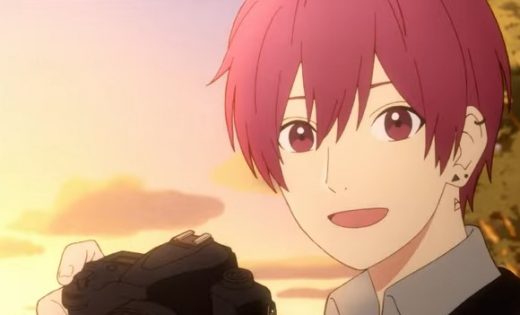 One of my most anticipated shows for the Fall, 2022 anime season is the upcoming comedy series Play It Cool, Guys (in Japanese Cool Doji Danshi).

An anime full of cute guys who may look ‘cool’ but are in fact a bunch of dorks, and featuring a lot of laid-back fun.


That is also why I have been greedily watching each Play It Cool, Guys character video as they are released for each of the main characters.

Including today’s release of a new Souma Shiki character video, to show off just how cute the vocational college student looks, and just how adorably dorky his personality.

Along with the Souma Shiki character video, we also got a sweet character visual showing Souma putting his shoes on before he heads off to school. (see below) 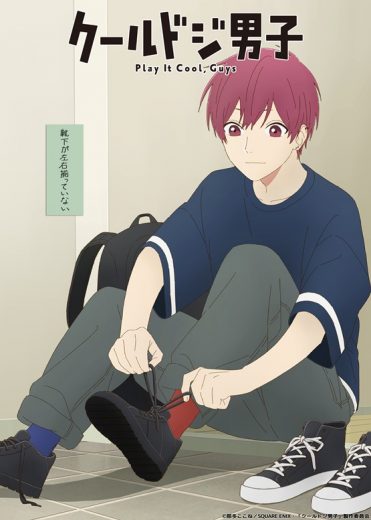 Souma Shiki is voiced by Shouya Chiba (Kazuki in Tribe Nine), and is the last of the four main characters in the Play It Cool, Guys anime to get his character video and visual.

The anime is based on the Kokone Nata manga of the same name.

It is currently being published in English by Yen Press, with the publisher saying this about the plot of the comedy manga:

Enter: a group of cool guys who seem like they’ve got that unapproachable swag. But look closer and you’ll find a bunch of dorks who’ve gotten the act down pat. So sit back, grab some popcorn, and enjoy watching these clumsy dudes try to look cool all day, every day.

Play It Cool, Guys is directed by Chiaki Kon (Junjou Romantica and Sekaiichi Hatsukoi), with series composition by Makoto Uezu (KonoSuba), and animation direction and character designs by Eri Taguchi (key animation on Keep Your Hands Off Eizouken!).

Studio Pierrot is in charge of anime production.

Watch the just released Souma Shiki character video, and mark your calendars for October, 2022 for the Play It Cool, Guys premiere.