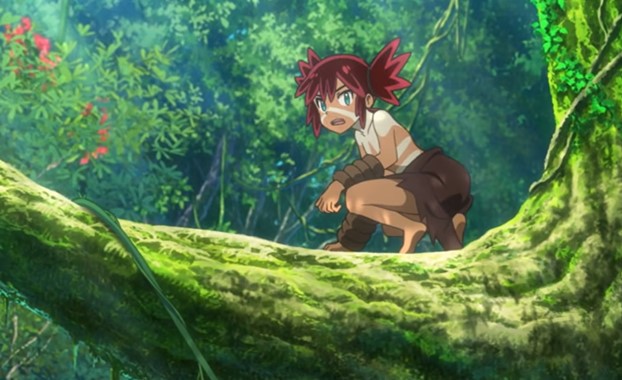 A just released Pokémon the Movie: Secrets of the Jungle trailer has revealed the anime film is coming to Netflix on October 8th.

It is the 23rd film in the long-running Pokémon franchise, and is coming to the rest of the world (including Japan) via Netflix more than 10 months after its initial release.

The film was screened in various movie theaters in Japan for several months after its release, and has earned more than 2.02 billion yen, or approximately $19.9 million to date. 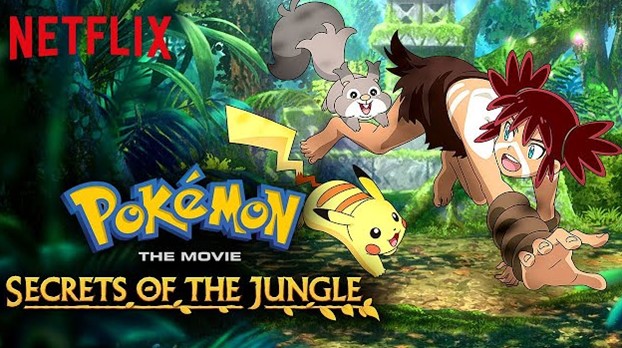 The Pokémon the Movie: Secrets of the Jungle plot

The plot of Pokémon the Movie: Secrets of the Jungle tells the story of Koko, a boy who was raised in the Forest of Okoya by a Pokémon, the Mythical Pokémon Zarude .

So strong was the boy’s bond with his ‘father’ Zarude, Koko considers himself a Pokémon, as Ash and Pikachu realize when they meet Koko after he falls over a waterfall and Ash rescues him.

But, while the boy is leading an almost idyllic life in the forest, trouble is brewing as the Biotope Company search for something that could ultimately kill the jungle and the creatures living in it.

Pokémon the Movie: Secrets of the Jungle director Tetsuo Yajima wrote the screenplay for the film, along with series writer Atsuhiro Tomioka. A screenplay that is apt today, as mega-corporations continue to destroy the environment all over the world.

Hirotaka Marufuji was the character designer for the film, as well as co-chief animation director along with Yasushi Nishitani.

Watch the just-released Pokémon the Movie: Secrets of the Jungle trailer below, and discover why the Biotope Company are so dangerous, then watch the movie when it releases on Netflix on October 8th.