If you are as into Pop Up Parade figures as I am (come on, they are beautifully made and very affordable), you won’t want to miss pre-ordering the just listed Pop Up Parade Aqua: Winter figurine. She is ADORABLE.

Especially as the gorgeous water goddess will look beautiful alongside other Konosuba figures you may already have in your collection and, as Good Smile has also just alerted us to, there are more Konosuba figures in the same collection coming soon. Yay!!

The Winter figurine comes from the KONO SUBARASHII SEKAI NI SYUKUFUKU WO! LEGEND OF CRIMSON movie, which was released in 2019. 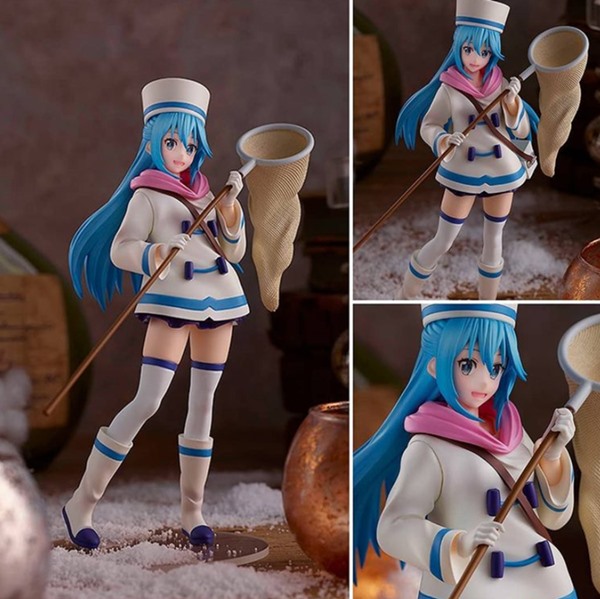 The Pop Up Parade Aqua: Winter figurine features the water goddess dressed in a stunning winter outfit, consisting of a white toggled winter coat over a short blue skirt.

The figure is finished off with a matching hat, pink scarf and matching thigh-high stockings and boots.

She is standing with her hip slightly tilted, and a coy smile on her face while clutching a large butterfly net.

Pop Up Parade Aqua: Winter was sculpted by Magical Girl☆Haruyuki, and is approximately 18 centimeters in height. She is a painted ABS&PVC non-scale figure that comes complete with a stand.

(get pre-order information after the promo…)

As some of the painting is done by hand, each figure will differ slightly from any other.