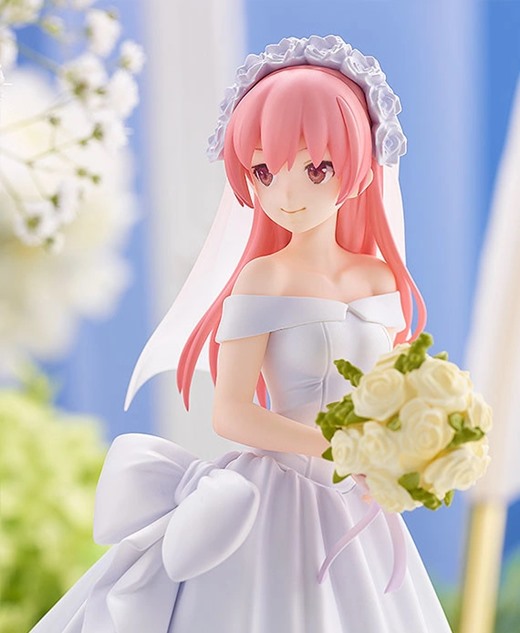 While TONIKAWA: Over The Moon for You‘s Tsukasa Yuzaki never did wear a wedding dress on her wedding day in the recently released anime series, except in the opening titles, that doesn’t mean she never gets to wear one.

Not when the anime figure brand Pop Up Parade has fixed that sad situation, and created a Pop Up Parade Tsukasa Yuzaki figure in her wedding dress and, wow, it’s gorgeous!


The Pop Up Parade Tsukasa Yuzaki figure comes with a floor-length off-white, ball-gown-style wedding dress, complete with a large ruffle down its side topped by a huge bow.

Yuzaki herself carries a big bouquet of white roses, and wears a veil clipped into her lovely hair via a rose-covered headband.

Turning towards her right side, and sweetly smiling, she really does make a beautiful bride. 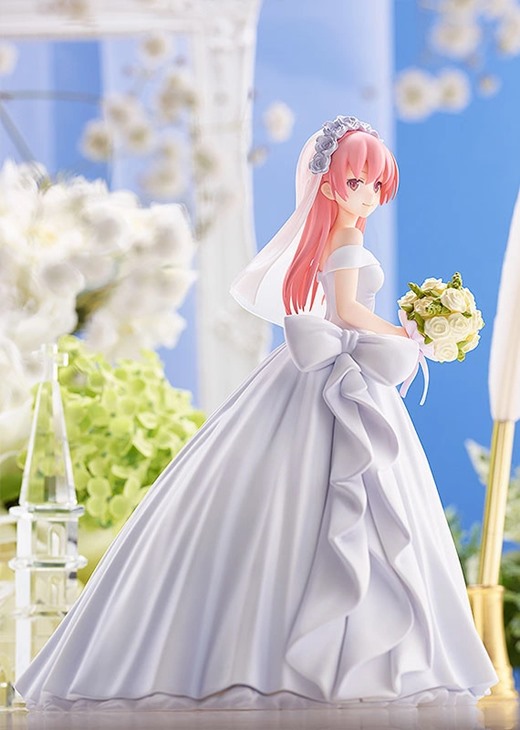 The soon-to-be-released Pop Up Parade Tsukasa Yuzaki figure is currently up for pre-order on Good Smile.

The no-scale figure is manufactured by Max Factory, and sculpted by Nakayaman. It stands approximately 6.69 inches (170mm) in height.

Get a closer look at her before pre-ordering in the figure preview video below.

Yuzaki is available for pre-order for anyone in the U.S. or Canada from now until Wednesday, July 21st at midnight via Good Smile U.S., and retails for $38.99.

If you are outside North America, you can pre-order her via Good Smile Japan.

And, if you prefer your anime girls as Nendoroids, Good Smile has an adorable Nendoroid Yuzaki also in her wedding dress up for pre-order too.