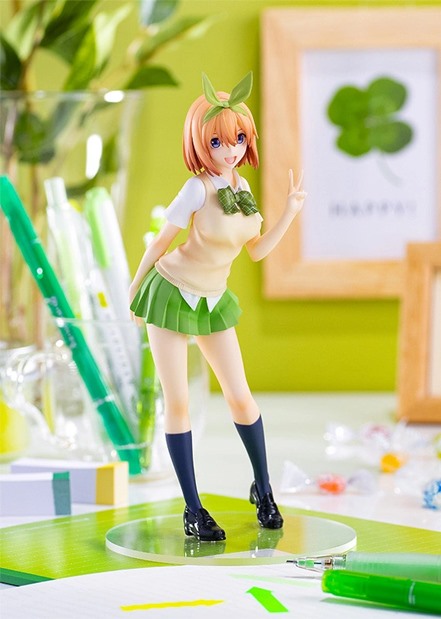 I only recently started my anime figures collection, but I already have my eye on at least 20 figures I will be picking up in the next couple of weeks.

Including the new POP UP PARADE Yotsuba Nakano figure that, along with her gorgeous sister Itsuki, should be in anyone’s collection if they are a serious collector.


Because these things are beautiful!

The POP UP PARADE figures are a new line from Good Smile Company. They are taller than their Nendoroid series, cheaper and ship faster as well.

They still carry the same high quality guarantee, however, and include a huge number of anime and gaming characters, so there is someone for every fan.

Take The Quintessential Quintuplets POP UP PARADE Yotsuba Nakano figure, which was sculpted by Masaaki Oka.

As you’d expect, she comes in her school uniform, with a green headband and an adorably sweet smile on her face, all while giving you the peace sign. She will also look amazing in your collection. 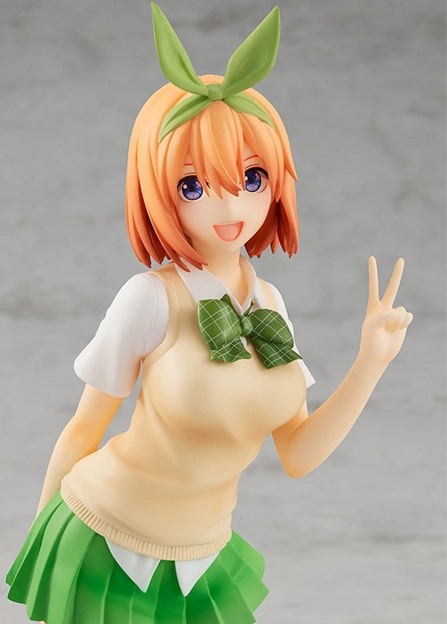 Like all the POP UP PARADE figures, Yotsuba is manufactured by Good Smile Company and stands around 17 centimeters  high. She also comes with a stand.

Being partially hand-painted, she might be slightly different than how she looks in these photographs, but that also makes her completely unique.

And, at ¥3,545 (Before Tax) in Japan, and at $37.99 in the U.S., she is also crazily affordable. Especially when you compare her to the company’s Nendoroid figures, which are almost double that price.

And, if you would like more The Quintessential Quintuplets, you can watch both seasons on Crunchyroll now.