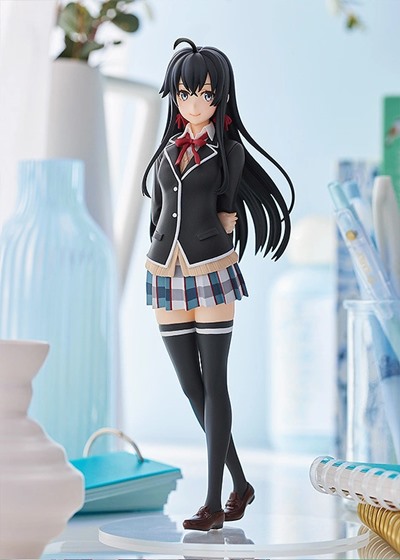 I am probably one of the few anime fans on the planet that bailed on My Teen Romantic Comedy SNAFU Climax just a couple of episodes in (God, I hated the self-involved characters and the constant whining).

But, even I have to admit, when it comes to the upcoming Pop Up Parade Yukino Yukinoshita figure, there is a high likelihood I will pre-order it and add it to my collection, as she really is adorable.


Especially when, compared to many other anime figures, the Pop Up Parade line is so affordable at only $37.99 per figure. 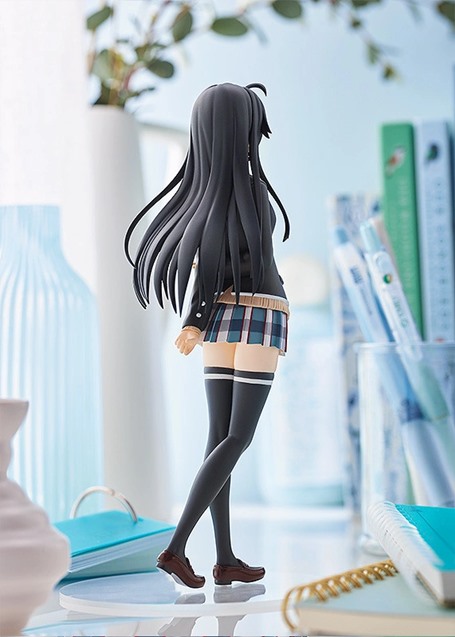 Features of the Pop Up Parade Yukino Yukinoshita figure

She is a non-scale figure made from painted ABS & PVC, is approximately 170mm in height. and comes with a plastic stand.

Yukino is dressed in her school uniform of shape-forming blazer, beige cardigan, short plaid skirt and thigh high stockings, along with a white blouse and a red tie.

Her long hair flows beautifully around her shoulders, her arms are clasped coquettishly behind her back and her face has a sweet and very cute smile.

She was sculpted by mayaka.

And, just like most other Pop Up Parade figures, the Yukino Yukinoshita figure has an amazing amount of detail on her, but particularly for the lower-than-usual-when-it-comes-to-anime-figures price.

If you are in Japan or anywhere else outside the U.S. or Canada, pre-orders are being accepted at Good Smile Japan from now until Thursday, 13th May 2021 at 12:00JST.

She is expected to ship in September.