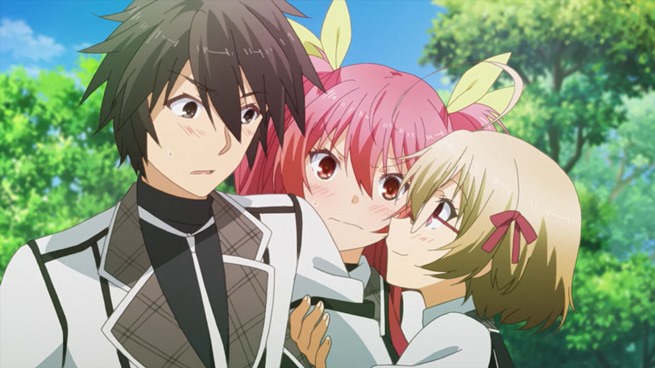 The fantasy romance anime Chivalry of a Failed Knight is finally getting a complete collection steelbook.

Not in time for Christmas, unfortunately, as it won’t be out until next March, but it is something you can currently pre-order. (Maybe offer the pre-order e-mail confirmation as the gift, eh?)


Because Chivalry of a Failed Knight is one of the best fantasy anime of the last decade and, for fans like me, getting their hands on a limited edition steelbook version of the show has been our goal for a while now.

That is why Sentai Filmworks’ announcement of a Chivalry of a Failed Knight Complete Collection Steelbook this week made my day. Especially because the anime is on Blu-ray, and because the collection includes clean opening and closing animations.

Here’s what you will get when the Chivalry of a Failed Knight Complete Collection Steelbook comes out on March 28th, 2023:

And one of the most important things for me, all 12 episodes of the Chivalry of a Failed Knight Complete Collection Steelbook are uncensored.

Head over to Sentai Filmworks now to reserve your copy, as there are limited quantities available and, if you are a Chivalry of a Failed Knight fan, you definitely won’t want to miss this.

Watch the English dub cast announcement of the show below.