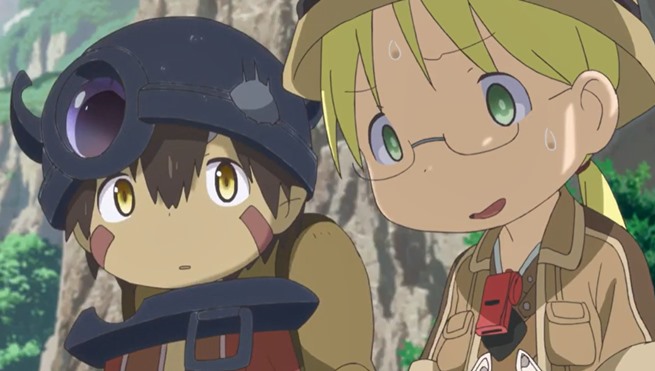 One of the likely most popular anime SteelBook releases on Blu-ray is being released at the end of March this year.

The Made in Abyss Theatrical Collection SteelBook will be released on March 30th and, if fan obsession with this superb fantasy adventure anime series is anything to go by, it is likely to sell out quickly.

Considering the Made in Abyss Theatrical Collection SteelBook is a limited edition Blu-ray, that could leave some die-hard fans without that prized addition to their collection.

A tragedy for some. Especially as the collection comes with a plethora of extras. All in a gorgeously designed SteelBook. 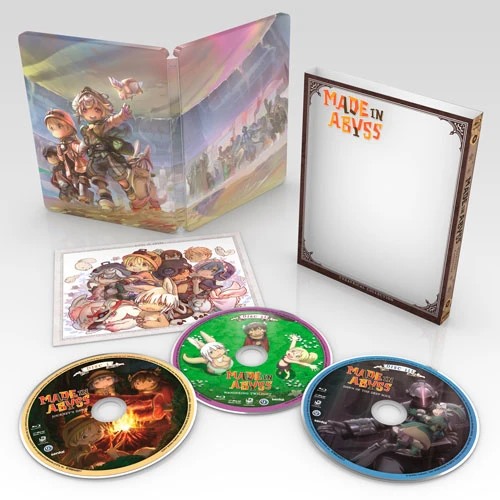 What does the Made in Abyss Theatrical Collection SteelBook include?

The Theatrical Collection features all three Made in Abyss movies along with some very nice extras: 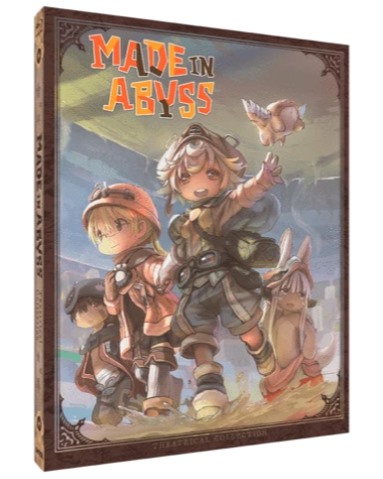 The plots of all three Made in Abyss movies

Just in case you have missed the hit anime series, nor heard anything about the full-length movie Dawn of the Deep Soul, this is a quick recap of the plot of all three movies included in the new limited edition SteelBook collection:

Anyone can descend into the Abyss, but few who survive the massive, multi-leveled pit’s dangers make it back unravaged by madness and nightmarish physical transformations. Still, when 12-year-old Riko learns that her missing mother may be alive in the Abyss’ inky depths, she and her friend Reg decide to brave the ultimate darkness in the astonishing twin feature films (Journeys’ Dawn and Wandering Twilight) that recap the acclaimed TV series, Made in Abyss.

But as harrowing and gut-wrenching as those adventures may be, the tensions will only continue to mount. Because now Riko, Reg and Nanachi must ford seas of corpses, survive fields of parasitic insects, and confront the most potentially dangerous entity of all, Bondrewd, the body shifting guardian of the gate to the sixth level, in the all-new feature length film – Made in Abyss: Dawn of the Deep Soul.

The three-disc Made in Abyss Theatrical Collection SteelBook is now available for pre-order on Sentai Filmworks for $90.99.

You might want to order fast though, as I doubt it will last long. To get you in the mood, watch the trailers below.