It is sometimes easy to predict the future just by looking at available evidence in the present.

Taking that into consideration, one of the things I am currently predicting then is that the upcoming SPY x FAMILY anime will be one of the big hits of 2022.

Come on, it’s obvious, and you only have to look at what has happened in just the couple of years since the Tatsuya Endo-written and illustrated manga first appeared to come to that conclusion.

Once you do that, you won’t be remotely surprised when the SPY x FAMILY anime is released next year and it immediately catapults to the top of the anime charts.

The critical success of the SPY x FAMILY manga series

While some manga series take a while to get the attention they deserve, SPY x FAMILY gained its attention pretty much right away.

The manga first showed up at the end of March, 2019 on the Shōnen Jump+ website.  By December the same year, it was so well-liked, SPY x FAMILY won the web manga category of the Next Manga Awards in Japan.

During the following year, the comedy spy manga was placed on several high-profiled Best Manga lists, and was nominated for a slew of Best Manga awards. including an Eisner Award in the United States.

Critics also loved it, praising both Tatsuya Endo’s art style and his ability to tell an engaging story. Particularly when it comes to making that story and those wonderful characters screamingly funny.

The sales success of the SPY x FAMILY manga series

It isn’t just the critical success of the SPY x FAMILY manga that suggests how well the anime series will do, however, it is also the huge number of sales it quickly garnered when the first volume was released.

So popular was it, 800,000 copies of the manga had been bought by the time the second volume was released. By volume 4, three million copies of SPY x FAMILY were in circulation. Pretty amazing for a manga that had only been out for just over a year.

Just a few months later, by late in the summer of 2021, that number had soared to more than 12.5 million.

Now transfer the love for the manga to the upcoming anime, an anime that from the already released artwork looks very similar to the manga, and it is pretty obvious the SPY x FAMILY anime will be one of the big hits of 2022. 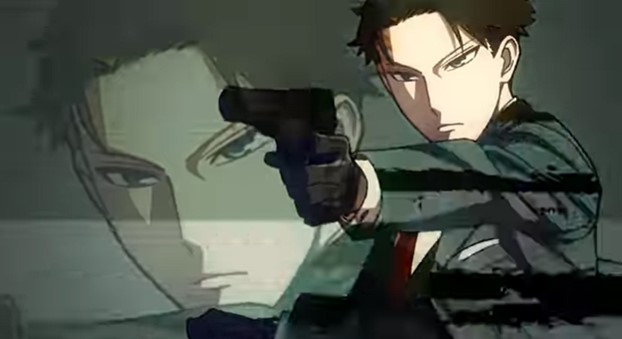 Of course, it is possible the upcoming anime series could release in 2022 and not get the attention or interest the manga has received.

How do I know that isn’t likely to be true?

Yep, there are many many people interested in the SPY x FAMILY anime.

So many it seems, if the anime manages to stick closely to the manga in both art style and story, you can pretty much guarantee the SPY x FAMILY anime will be one of the big hits of 2022.

In fact, I am so confident in predicting that, I would bet money on it.

Of course, the creator of SPY x FAMILY is also sensing the excitement surrounding the adaptation of his manga to anime, and probably also believes it will be a success.

That’s why he just released a SPY x FAMILY celebratory visual to thank all the manga’s fans for their well-wishes upon this week’s anime announcement. You can drool over that gorgeous graphic above, and watch or re-watch the just released trailer below.

The SPY x FAMILY anime will premiere in 2022. I don’t know about you, but I can hardly wait.