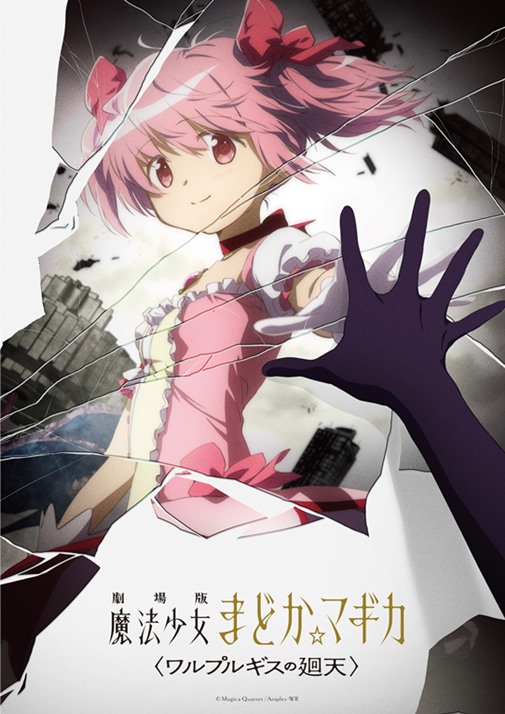 The movie will be the sequel to the 2013 movie Puella Magi Madoka Magica The Movie -Rebellion- and will continue that movie’s story.

A beautiful new Puella Magi Madoka Magica The Movie: Walpurgis no Kaiten key visual was released along with the movie announcement, as well as a trailer and information about the returning cast and staff members.

The original cast from the movie will all be returning, along with director Akiyuki Shinbo, script writer and supervisor Gen Urobuchi, and Ume Aoki and Junichiro Taniguchi in charge of character design.

As before, Shaft will be in charge of the animation.

Last year’s side story spin-off can also be watched there.

And just to prove how popular this anime has been, since the movie announcement on Twitter earlier today, over 2.2 million people have already watched the trailer. 153,000 have re-tweeted the trailer.

Watch the just released Puella Magi Madoka Magica The Movie: Walpurgis no Kaiten trailer, which of course shows you really nothing of any substance, below.

Keep up-to-date on more news about the upcoming movie (no premiere announcement yet) on the anime’s official website.